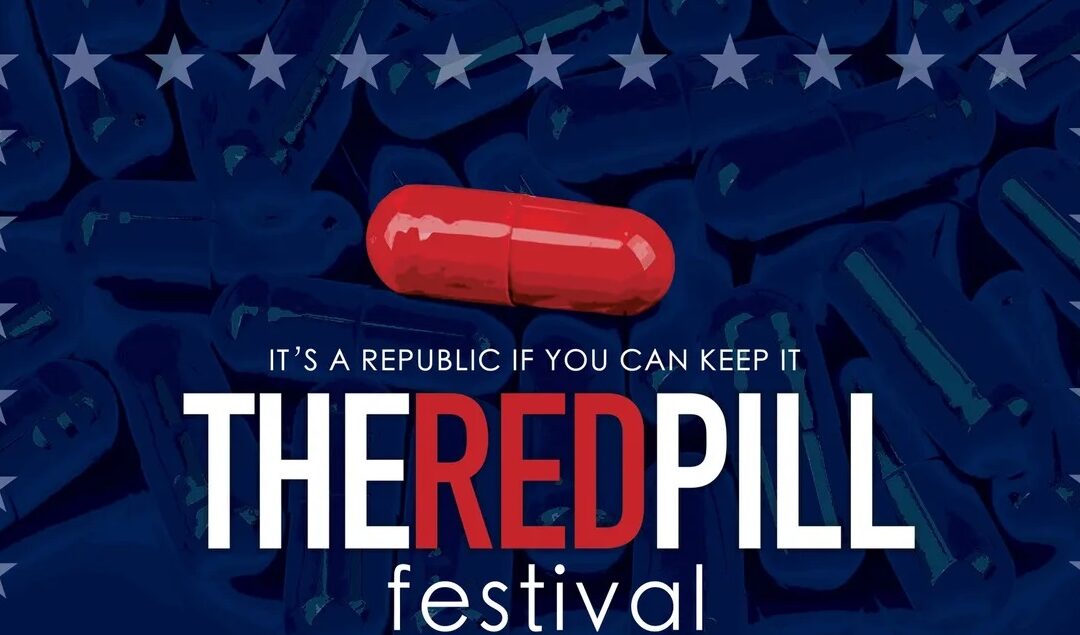 Randy and Kim Mitchell are on the front lines standing for freedom and liberty here in Montana. Randy and Kim saw the need on behalf of the people of Northwest Montana, to bring awareness of citizen engagement in the political process. Earlier this year Randy and Kim put out a call to action and began to get a huge response from patriots from across Montana. That call soon spread across Idaho, Washington and Oregon. They soon found the call for action was shared by patriots everywhere so the birth of the Red pill Festival was born.

The Red Pill Festival is modeled after the “Red Pill Expo” where the message of hope, founded in Liberty and Freedom is an event that is held across America every year. Growing a network of patriots to enhance the foundation of freedom is the mission and purpose of these gatherings. This year the Red Pill Expo was held in Rapid City South Dakota in June.

On Saturday July 24th, 2021 the small town of St. Regis Montana was inundated by patriots from across the west. The Red Pill Festival hosted by Randy and Kim took root right there in St. Regis Montana.

The festival was held at the community park in St. Regis to provide an opportunity for patriots to share camaraderie and courage. Giving encouragement to send a message to all elected officials about defending liberty and freedom was the order of the day.

Casey Whalen of North Idaho Exposed was front and center to help promote the event on behalf of the organizers here in Montana.

The Festival scheduling was put together with an emphasis on unity and hope. Master of Ceremonies Derek Skees provided an introduction to each of the speakers while providing guidance and entertainment for most everyone.

Mr. Skees pointed out the fact that some media is not printing the truth. The festival was attended by a foreign based news organization known as Vice Tv. that regularly manipulates the news. The festival drew attention to the democratic operatives in the area and held a counter rally a week earlier but there was little coverage due to controlled media exposure.

Randy stated that Denley Loge representing HD14 of the Montana Legislature has made promises but has fell short in keeping those promises to the people. Seeing many of his friends and neighbors struggling he decided it was his duty to take action.

Along with the failures in the Montana legislature by a republican representative and other attacks on freedom and liberty here in Montana, Randy and Kim decided it was time to take action.

Because the House of Representatives is currently facing an awareness campaign from patriots across Montana, the call to serve is being heard. Randy with the support of his wife Kim and his friends, is answering that call.

Randy Mitchell is going to take action personally and has decided to run for the Montana Legislature to serve the citizens of HD14. Because the record of the current representative of HD14 is not boding well with patriots, the race is on.

“It’s A Republic If You Can Keep It”