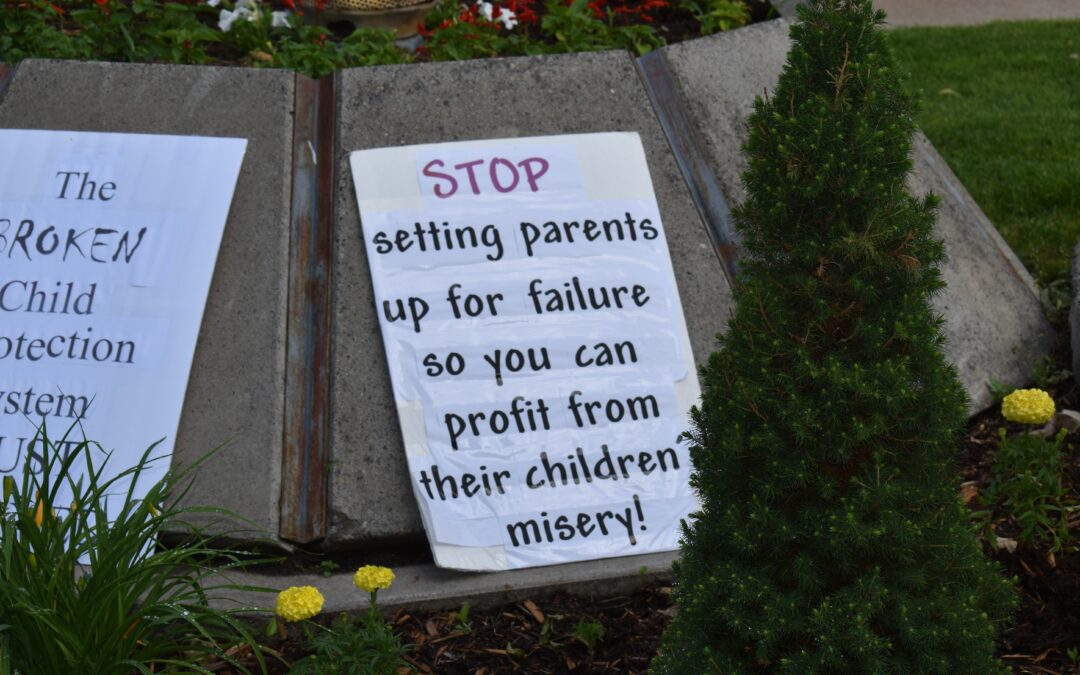 Last week we covered a meeting in Great Falls that opened the door to accountability problems within the system of child protection. Many times in the effort to provide a safety net for families going through troubling times, Child Protective Services (CPS) is given an open door of authority with little to no accountability.

Many citizens across Montana have encountered rogue, even highly unprofessional representatives, of the Montana Family Services division of Department of Public Health and Human Services (DPHHS). These encounters are becoming more common and because parents and family service providers are becoming more vocal, the full story behind CPS is becoming clear.

5 Regional Supervisors are condoning case workers usurping control over cases beyond their authority. We have been told that there is at least a half a dozen providers that have been black listed, or payment has been withheld for not agreeing to support the CPS narrative. CPS is basically declaring that their assessment is more accurate than a professionally licensed provider according to one of the professionals we spoke to.

The 67th Montana Legislature under full opposition from DPHHS, took a real close look at this out of control department. Funding of DPHHS was challenged the last two legislative sessions, but under the administration of Governor Bullock, all efforts to reign in the department were met with opposition. With the foundation of family well entrenched in the 67th Montana Legislature and citizens from across the state calling for action, change was set in motion.

A major problem that has been exposed is many case workers hired by Montana DPHHS are under qualified or not qualified at all. Case workers and supervisors lacking professionalism is a huge negative impact against the devoted and honest employees in the DPHHS. This is now in the spotlight across Montana where families are being severely impacted without any accountability.

Some of those we spoke to that are at the street level working to help families are not pleased. It is the goal of these devoted citizens to the family foundation to help those in need and to ensure that there is a fair process when the chips are down. They all claim the nonprofessional and legal overreach into family homes by CPS should be charged for practicing without a license.

In addition to wielding power above the concept of providing service to the citizens of Montana, we discovered another level of deception within the department.There are organizations and licensed professionals across Montana that are in place to help families and children in need. In many of these cases that are coming through the system, CPS supervisors are refusing to recognize some of the licensed professionals because of personal bias or past conflicts in the process. Having an employee of DPHHS making judgements on the ability, and quality of a provider without training or qualifications flies in the face of the state licensing board that is in place for this purpose.

Taking a look at this on a deeper level we find a practice that is potentially a constitutional violation of the rights of the people of Montana by CPS workers and officials within the department. We have looked at a few of the professional providers that have claimed even discrimination against the department. We heard at the meeting in Great Falls where CPS has told parents they cannot see certain providers and/or the assessments by these professional licensed providers are not acceptable.

Dr. Brenda Roache has been singled out by CPS and the department has refused to pay for her services out of retaliation. Because Dr. Roache is a professional that is bound by confidentiality her service to the community is paramount to family safety and support for those in need. Because CPS is wielding power that is beyond their authority, the services needed by a professional is often lost.

A highly respected doctor in Helena Dr. Mark Moser, MD has been in this same unprofessional targeting by CPS. We learned that at least one of his patients was told to stop seeing him based on retaliation. In this case a professional licensed provider was blacklisted by a department employee. When an untrained employee purports to have power over the people the problem rises to the surface. More service providers are calling for accountability every day even in the face of retaliation.

Becky Oss, one of the most well respected therapists in Helena echoes the concern from JoAnn Malone, that CPS case workers and supervisors are operating outside of the intent and purpose of family services, which brings into question abuse of power and authority. Robin Castle, an outspoken advocate for family protection from their government continues to bring transparency to the issues that are being instrumented by DPHHS behind the curtain. There are many more on the front lines here that want to call for intervention in this out of control agency. Unfortunately many of the professionals are afraid to come forward because of the track record of retaliation being lodged against those that speak out.

Parents in many of the cases equally wish to speak out but many have already been targeted by CPS employees causing them to fear retaliation from the government in their time of need.

In answer to these problems that have been revealed, the legislature passed multiple new laws that effect control over the department that has been absent for many years. Abuse of the rights of parents and children is front and center with Governor Gianforte firmly standing on the premise of family rights come first.

HB459 that requires CPS to be certified before they can engage in family care and/or intervention. The law requires full certification of child protection specialists that are charged with investigating matters suspected of child abuse, neglect or endangerment. The new law provides for rule making authority and provides definitions that have been left open to personal interpretation. The law also changes multiple laws of Montana that did not provide any accountability for the people.

HB416 requires CPS Supervisors to undergo additional training. Lack of education and training of employees of the department has provided for a loose and open qualification standard for CPS supervisors. With the many decisions made at that level, there are cases where the rights of the families are violated based on nothing more than the opinion of the supervisor. That decision, as stated earlier in this article, shows where retaliatory actions against those that challenge the authority of supervisors may be biased.

The training process as provided now under law will be put in place by the legislature with oversight and input from those engaged that can focus on the essential training. The law equally puts into place regulatory provisions to take action when an employee of the department fails to follow the training or violates the law. Qualified immunity that currently exists and has been a way the rights of the citizens have been violated will no longer be available.

HB90 brings forward a level of accountability in the removal of children from the home. In all cases the safety of the child is paramount but the rights of the parents and the children is essential to maintain the constitutional rights of freedom and liberty. This new change in the law now requires that district court shall hold a hearing within 5 business days of a child’s removal from the home pursuant to 41-3-301 to determine whether there is probable cause to continue the removal beyond 5 business days.

HB499 For the purposes of this subsection (1), the term “reasonable efforts” means the department shall in good faith develop and implement voluntary services agreements and treatment plans that are designed to preserve the parent-child relationship and the family unit and shall in good faith assist parents in completing voluntary services agreements and treatment plans.

There are multiple other pieces of legislation that have run the course in the 67th Montana Legislature and are awaiting signature by Governor Gianforte. These new laws that deal with this problem in communities across Montana are a win for the people.

Many of the parents and even children we talked to are crying for transparency and accountability. Because of the entrenched power still in place with DPHHS, the fear of retaliation is real. The funding mechanisms in the department have a heavy hand in families in need and their ability to speak out. We will continue to do our best to expose the truth here in Montana where abuse of the system by the system will be brought to accountability by the people of Montana