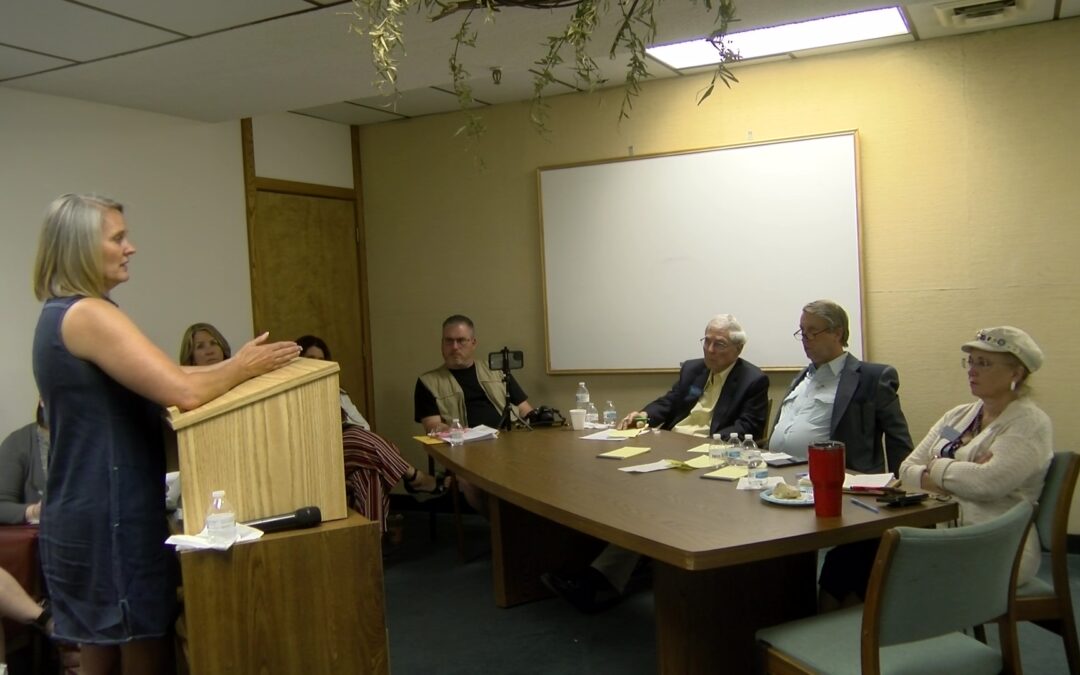 Several years ago John Walton seeking to help his grandchild found himself at the mercy of Child Protective Services (CPS). Because the system works for the system with little to no oversight the concept of protecting children from abuse and neglect become clouded.

Mr. Walton ended being thrown in the Great Falls Jail because he was trying to expose the truth about abuse of power within the system. Being a Veteran who witnessed child abuse first hand promised himself he would never remain silent and protect children from abuse.

In another case where abuse was prevalent the system working for the system is ignoring the facts and the law. A mother fearing for her life and the safety and welfare of her children took flight for safety. Abuse of power and the disregard of facts brought full destruction to the entire family. She is facing felony kidnapping of her own child based on abuse of power and authority within the judicial system. Her parents are also facing judicial overreach right here in Montana.

Montana Department of Public Health and Human Services (DPHHS) received an eye opening financial overhaul in the 2021 Montana Legislature. Funding for the department was on the front page due to many citizens calling for better oversight of the department under past director Sheila Hogan.

Several bills that were aimed at correcting some of these problems were lost in the legislative session due to changes in priority and lack of understanding of the call for changing the law.

The family services division of the department is on the front lines every day looking to protect children from abuse and neglect. Child Protective Services working case by case is under fire for abuse of authority in many communities across Montana.

The department is not unlike the school system where the ANB formula counts the number of children to fund schools. Each child or family enrolled in the system generates the base funding for the department. Therefore we are told that many cases are pulled into the system to justify the funding needs.

Many cases are justified where intervention by the department is in order. DPHHS is charged with providing a process to engage in helping families that are facing problems due to chemical dependency or other debilitating environmental impacts. Economic and social issues that drive depression are highly suspect in many communities across Montana.

When intervention in a situation is called for, CPS case workers are tasked with investigating each individual case and to best determine action needed for the safety and welfare of the children. It is at this juncture where intervention becomes in some cases abuse of the rights of the children and the parents.

We have carefully sought the truth in multiple cases across Montana and found that there is indeed a trend of abuse of power within DPHHS and specifically within the CPS department where personal and authority overreach are well documented. Supervisory control over even some of the best case workers brings to question full accountability.

The owner of “Seeking Recovery LLC” JoAnn Malone recently brought forward a call for help. This business is part of the process where CPS is tasked with providing an avenue for relief. The business is in place to provide counseling and other services, by professionals that are fully trained. They are fully qualified to deal with chemical dependency issues as well as mental stress disorders that have become highly prominent across Montana due to the plandemic.

JoAnn and her husband started the business to help families in Great Falls. The business has been growing and has developed a good community standing over the past several years. With multiple complaints against CPS case workers in the Great Falls area JoAnn began engaging in the quest for accountability within the department.

Seeking a clear and accurate accounting her calls and official inquiries fell on deaf ears clear to the top of DPHHS. The failure to get a response raised the red flags with JoAnn and her quest for answers became front page.

On Saturday May 15th 2021 “Seeking Recovery LLC” sponsored a public meeting to bring forward testimony from citizens that have experienced abuse by the system. Clients of the business brought their stories of abuse to be heard. Many of the citizens that are in these situations fear retaliation by the system further causing harm to their families. Therefore many of those with concerns of abuse remain silent due to fear.

The meeting extended invitations to elected officials that would be in a position to assist in achieving accountability within CPS including the top officials at DPHHS. Sheriff Jesse Slaughter has been aware of many of these calls for help. Montana Legislative Representatives of the Great Falls area Steven Galloway and Lola Sheldon Galloway and Brian Hoven listened to testimony for over 6 hours.

Each of the representatives have come to the front lines to hear the citizens stories and to help bring the truth about CPS to the front. The lack of accountability within the system is now front and center reaching the office of Governor Greg Gianforte.

The video we bring you here is the recording of JoAnn Malone with a professional call for relief. We talked to JoAnn since the meeting and CPS case workers and supervisors are already retaliating against some of those that testified on Saturday. The citizens of Montana are being heard and the exposure of abuse within the system is being documented.