Standing United Against Tyranny Across Montana 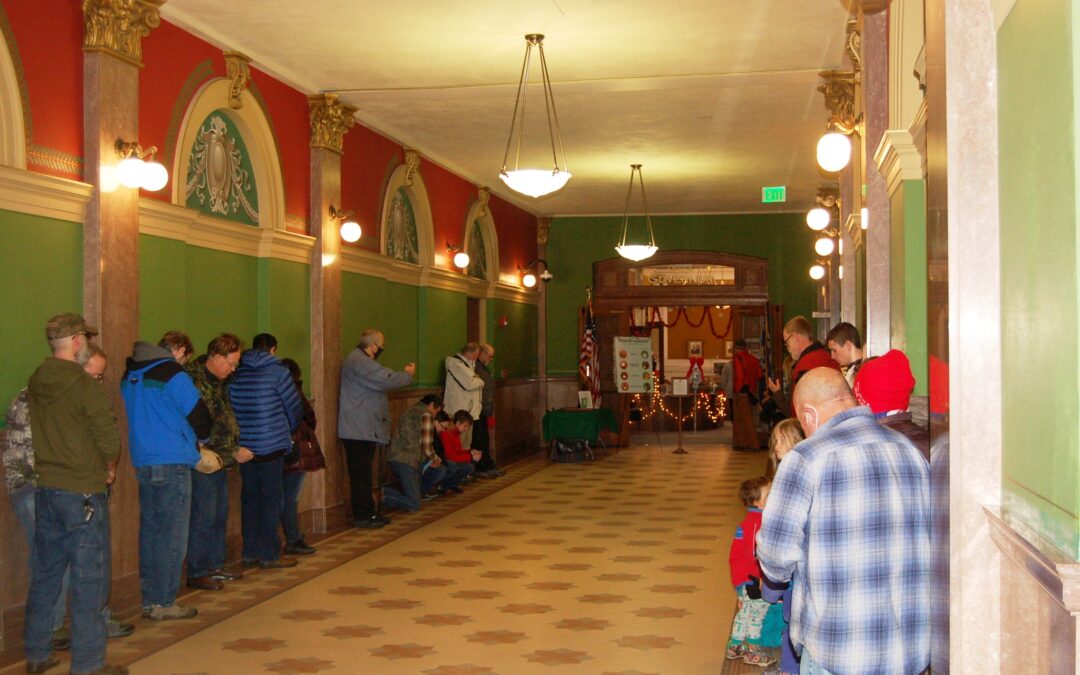 The plandemic that was instituted back in March of 2020 by Governor Bullock is part of a trend in Montana that consistently has put the citizens and their God given rights in the back seat. Political posturing along with the quest for power and control, has pushed the citizens into a corner.

Tort Action was filed in federal district court in Butte Montana against Governor Bullock earlier this year. Unfortunately because of the plandemic lockdown, all government buildings and employees of the people are rendered inaccessible. All efforts to comply with the prescribed process, are being met with closed doors. The tort case against Governor Bullock failed to be heard by the court due to technical errors in the filing by the citizens of Southwest Montana.

Citizens gathered together multiple times to bring attention to the authority overreach by the Gallatin County officials. Recently citizens staged a protest against Gallatin County Health Official Matt Kelley. He is using his office to inflict rules and regulations against the people under the guise of covid-19 plandemic. For 19 days Citizens stood in protest in front of Mr. Kelley’s residence.

The resistance against Matt Kelley escalated because a Bozeman business was attacked by the county. The Rocking R Bar owner called for citizens to support his quest for accountability. On Tuesday December 15th 2020, Judge Rienne McElyea ruled against the Rocking R, ignoring the rights of private property owners across Montana.

In Helena Montana the citizens continue to build on the original opposition to the unconstitutional declaration by Governor Bullock. Elected officials are regularly being called out by the people for exceeding their authority provided for under law. Appointed officials are adopting rules and policies that allegedly violate the constitutional rights of the citizens of Montana.

Over 300 citizens have joined a class action suit against Governor Bullock and the office of Governor for violating the Constitutional Rights of the people. The case is being put together by a law firm based in Missoula Montana. Quentin Rhodes is the attorney that is taking on Governor Bullock on behalf of the people. A call for justice been made and the fire has been lit.

The main theme of protests across Montana continues to be an effort to hold on to hope that the prayers for accountability and justice will be answered before it is too late. Although Governor Steve Bullock is termed out and is now moving out of the executive chair as governor, the impacts of his actions are likely to hold the people’s rights on the table for some time. Because the wheels of justice traditionally move slowly, the case may carry on well into the next administration. The question is being asked: “Will there be relief granted or will tyranny continue to rule the lives of the people.”

Lewis & Clark County officials continue to hold the citizens at bay with fear tactics impacting families and businesses across the region. Utilizing unknown standards, officials are walking in unison creating additional restrictions on families and businesses. Everyone we spoke to believes that the facts are being ignored. A majority concur that the process inflicted upon the people is unfounded and unconstitutional by a far margin. Everyone agrees that the new flu bug is real, but the majority adamantly proclaim that the actual impact is being overstated.

On December 17th citizens that are deeply concerned with the plandemic lockdown gathered at the Capitol in protest. The protest was held following the guaranteed rights of the people to assemble, and to redress grievances. The many organizers of the gathering put their livelihoods on hold to send a message across Montana regarding the authority of government actors over the people.

The protest began with a citing of the Pledge of Allegiance in front of the Governor’s office. At the point of the pledge reaching the foundation of the founding of this country, the citizens simultaneously removed their masks in protest. “With Liberty And Justice For All” The word “Liberty” being the foundation of the protest, citizens agreed that they need to stand united against tyranny. Showing by example will effect more citizens, showing that united they are not alone.

Citizens from across Montana are fed up with actions abound impacting their livelihoods and ability to raise their families. Actions by both elected and unelected officials continue to use fear tactics against families and businesses under the plandemic instituted under the rules brought forward by Governor Steve Bullock.

Governor Bullock and elected officials across Montana are working together to maintain a level of separation between their offices and the citizens. The directives not founded under law are causing disruptions in every community across Montana.

The Constitution is highly being ignored by officials leaving a direct violation of the public trust. The organizers of the protests are echoing the call to bring accountability to the people by bringing the recognition of: A government of the people…by the people…and for the people. The need to crush distrust of government officials by the people is front and center.

The protest concluded with a prayer as the citizens peacefully filed out of the People’s House. We talked to several participants after the event and we were told that there is a need to escalate the opposition to the government officials that are taking advantage of the people.

The Lewis & Clark County Health Board met later on December 17th 2020 to effect adjustments to their directive at the local government level. It is being stated that the new administration will bring control over the appointed boards that are usurping power outside of the Constitution and separations of power in the State of Montana. Many believe that the directives and power under the plandemic will be expanded and made permanent based on fear.

Giving full control to the health board to continue the directives instituted on the plandemic is outside of the concept of a representative form of government in Montana. An un-elected body playing to the numbers and utilizing the authority to collect funding under the plandemic appears to be in control. The board passed the new rule amendment to continue an unlimited control over the mandate in Lewis & Clark County into the future without a sunset date.

The following is a small sample of questions that continue to go unanswered by officials across Montana.

“Quality of life? The current plan and this new plan do not benefit quality of life. We are restricted from church, school, sporting events, movies, eating out and attending concerts. How is this a quality of life? Our kids are miserable at home. We have 500-600 HS student failing out of school. We have little kids home by themselves. The Board of Health is doing a horrible disservice to our kids, families, business owners and families.“

“Has the Board of Health asked the governor-elect Greg Gianforte administration for any input affecting the rule changes by the Department of Health? They should have someone from the governor-elect staff attending these rules changes meeting. Complete transparency should apply, and a wider audience of people should have been invited. For example, the National Restaurant Association would be a great start.“

“I want to make sure I understand what I just heard. The health board just gave themselves the power to keep the mandates in place as long as they want, even outside of state of emergency?“

The questions and statements made against the adoption of the rule amendment are not addressed by the board. They are acknowledged by the chair, by “Thank You For Your Comment” Article II Sections 8 & 9 of the Constitution of Montana are called into question.