Due Process Denied In Ravalli County 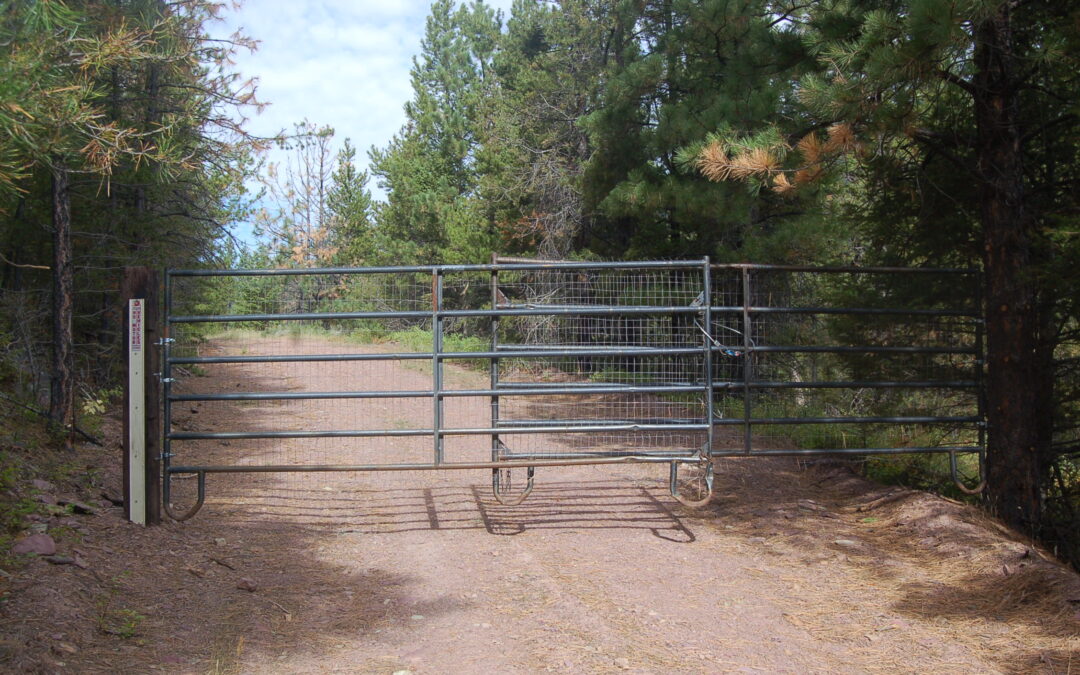 Allow me to clarify: The Ravalli County Commissioners, in their so-called “fact finding hearings,” determined that the alleged County road does not service the national forest trail the PLWA is referring to. The road falls half a mile short, so you would have to trespass across private property to get there.

There are more direct routes in the area that provide access to the Salmon National Forest, such as Woods Creek off the main West Fork Road — if the Forest Service hasn’t Kelly-humped or placed a locked gate on it.

The southern boundary of the Selway Bitterroot Wilderness is located approximately 20 air miles to the northwest of the Hughes Creek Gate. The most direct route would be to take the West Fork road to Nez Perce road, I’m telling you folks, you are going the wrong direction if you come to Hughes Creek to get to the Selway Bitterroot Wilderness. But the world is round, so if you travel in one direction around the world you could end up there eventually.

I am of the understanding that the PLWA was founded by, and is largely run by, a group of retired Forest Service and Fish & Wildlife Service personnel — possibly the same people who gated and blocked off thousands of miles of public access roads but its okay to attack private property?

The public should be concerned that these organizations mislead, lie and manipulate to get their way. The dishonesty is mind blowing, and these groups and their attorneys are filing lawsuits?

I have watched this whole gate debacle unfold and I have to say: The landowners on the upper Hughes Creek have been denied due process of law, evidence was ignored and state statutes were manipulated to suit the County’s agenda (remove the gate). The court system is supposed to be there to settle these type of disagreements but instead denied the landowners their fair day in court to display evidence and find the real truth.

This is clearly an attack on private property rights and is precedent setting. Perhaps the voters will seek an opportunity to correct this moral deterioration amongst our elected officials.

Editors Note: The Hughes Creek issue continues to have the denial of due process and the protection of property rights by the County Commissioners. The commission was awaiting for a legal opinion from past Attorney General Tim Fox, but that has not happened to our knowledge. Sheriff of Ravalli County remains silent on the call for justice. Based on opinions made by green decoy groups trying to control land and resources under eco~extremism tactics continues across Montana. See earlier coverage on the theft of private property in Hughes Creek by Redoubt News here