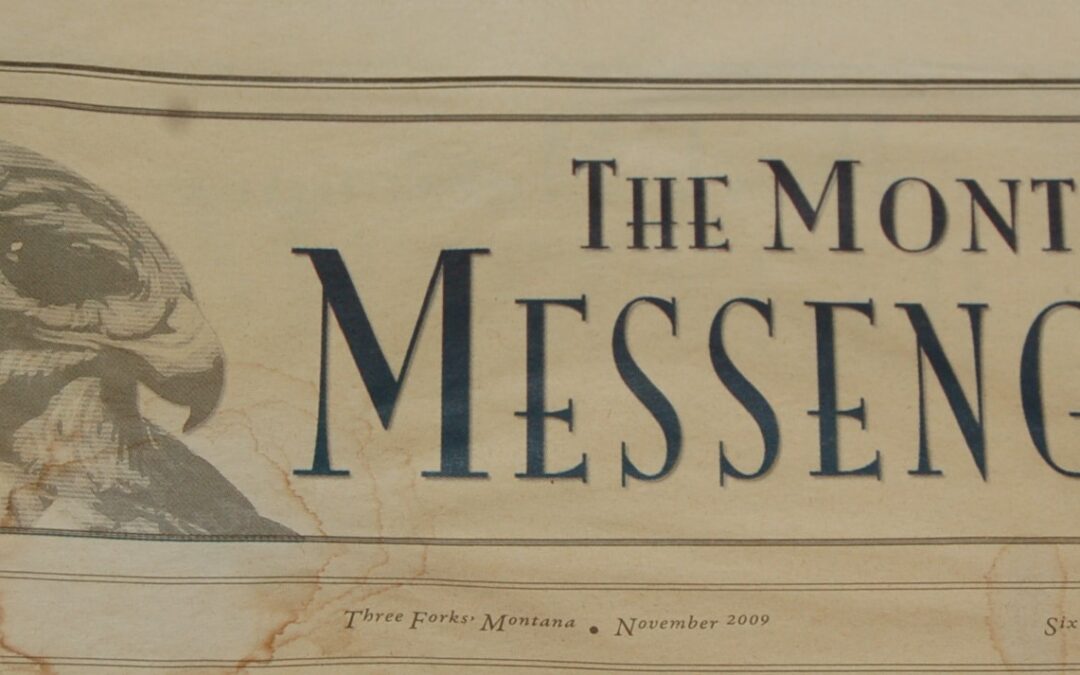 Editors Note: In 2009, a hand full of patriots were working together to expose the truth to the people of Montana. A publication was created by Joan Stanley and published from Three Forks Montana. I came a cross the November 2009 issue and believe it would be appropriate to copy and share this article with our followers.

“(Natural News) According to the CDC swine flue infections have already peaked, and the pandemic is on its way out. Peak infection time was the middle of October, where one in five U.S. children experienced the flue, says the CDC. Out of nearly 14,000suspected flu cases tested during the week ending on October 10, 2009, 99.6% of those were influenza A, and the vast majority of those were confirmed H1N1swine flue infections (http://www.cdc.gov/flu/weekly/)” (Note: The link goes to today’s statistics not 2009)

“Even though the H1N1 pandemic appears to have peaked out, U. S. President Barack Obama has now declared a national emergency over swine flu infections. The reasoning behind such a declaration? According to the White House, it’s designed to “allow hospitals to better handle the surge in patients” by allowing them to bypass certain federal laws

None of this means that federal agents are going to march door to door arresting people at gunpoint if they refuse the vaccine, but they could if they wanted to. Your rights as an American are no loger recognized under this national emergency declaration.

The declaration of this national emergency seems suspicious from the start. Where’s the emergency? The number of people killed by swine flu in the United States is far smaller than the number of people killed each year from seasonal flu, according to CDC statistics. People obviously aren’t dropping dead by the millions from H1N1 influenza. Most people are just getting mild flu symptoms and a few days later they’re fine.

So where’s the emergency?

The only emergency I can see is the emergency fabricated by Big Pharma to sell more vaccines. By declaring a national emergency over the H1N1 pandemic, Obama is playing right into their hands.

I find the timing of all this curious. Two days ago, New York gave up on its efforts to require mandatory vaccinations of health care workers. This was designed to defuse a large number of planned protests from health freedom-conscious people who don’t want government-mandated chemicals pumped into their veins.

The planned protests in New York would have fueled yet more resistance among health care workers across the country, and had it been allowed to continue, it could have resulted in a huge nationwide backlash against swine flu vaccines. By backing off the vaccine mandate and blaming it on a vaccine shortage (http://www.natural-news.com/027313_N…), and then having Obama declare a national emergency, our state and national leaders have halted the protests an put in place a pro-vaccine Big Brother mandate that can be enforced at gunpoint.

Big Pharma must be pleased with all this. With these emergency powers in place, all that’s necessary to force vaccinations upon the entire population is a larger supply of the vaccines — and that’s coming in November.”

Stay tuned for the Biden declaration that mirrors history…or did that already take place?