Is Ryan Zinke A Conservative? 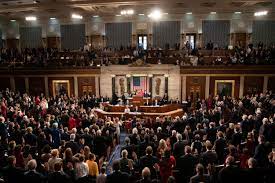 Is Mr. Ryan Zinke the conservative that he purports to be? Many of the conservative folks that we spoke to are questioning his loyalty to the conservative base here in Montana. How does Mr. Zinke rate as a conservative candidate to represent Montana? Let’s take a look at a snapshot recorded by “Freedom Works” which tracks legislators at many levels and how they vote.

Mr. Zinke as an elected official was last scored in 2017 according to Montanans For Limited Government. The switch from elected official to an appointment to serve President Trump placed a different twist on public knowledge and participation of his actions.

Below we can take a closer look at how Mr. Zinke voted for the people of Montana. This information was put together by Freedom Works, and shared by Montanan’s for Limited Government. Some may wish to take this out of context but it is information that needs to be documented and shared with the voters of Montana.

The responsibility to the people of Montana, rated by Freedom Works, shows a trend in Congress, with a high score of 74% and a low score of 62%, where Mr. Zinke had a seat in the house on behalf of the people of Montana. Mr. Zinke’s score is not certain as he resigned to accept an appointment from President Trump.

Club For Growth also scored Mr. Zinke with a 64% score on behalf of the people of Montana.

Editors Note: Will the next seat in the Swamp be held by a conservative or a liberal socialist that provides for the system that protects the system for the system. The choice is up to the people and we will try to make sure we help keep the people of Montana informed prior to Election Day. Thank you to Montanans For Limited Government for help getting the information to the people before decisions are made.