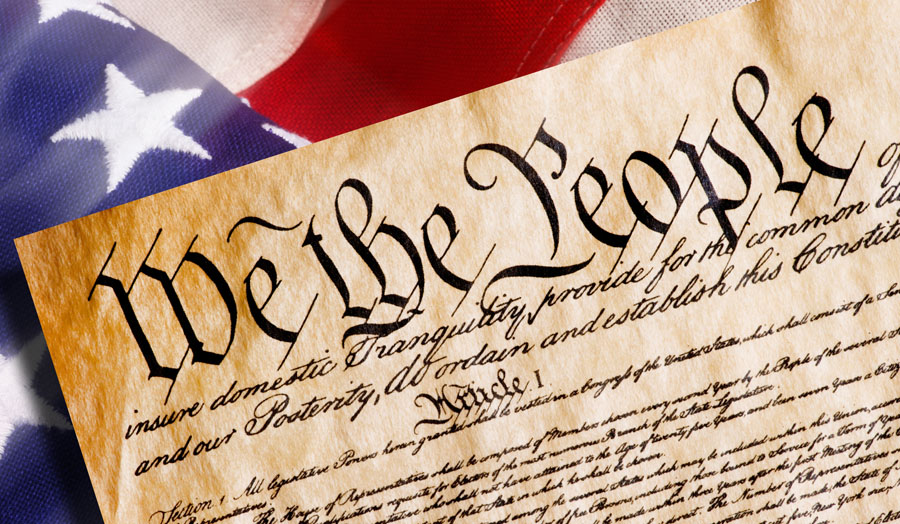 “How many would accept campaign donations from an illegal source, such as a drug dealer or embezzler? How many would rationalize accepting them because “everyone else is doing it” or “if I don’t take them, someone else will”?

Everyone claims to uphold Constitution, but most bow to the god of mammon in violation of it. They pledge to support the Constitution, and then violate it at their convenience! How far will they go for “filthy lucre”? Nowhere does the Constitution authorize Congress to redistribute money to individuals, businesses, states, or foreign aid. Yet, every year Congress, in direct violation of the Constitution, spends trillions of dollars, stolen from the people of this country through illegal taxation and fiat money (inflation).

States perpetuate the fraud by accepting this “dirty money”, destroying state sovereignty, and nullifying the 10th amendment. What was designed as sovereign states unified under a limited Federal government has become an elected monarch and House of Lords! Counties, cities, and school districts accept federal bribes, subordinating themselves to unlawful mandates, ignoring and nullifying the Constitutional principles of local control and accountability.

We have rejected our status as a Republic by allowing “democratic” votes to infringe upon or overturn our Constitutional rights and protections. We are destroying our historical culture as the “melting pot of nations” by not standing up against multiculturalism and refusing to demand assimilation.

We must demand, at every level of government, that Constitutional principles be acknowledged and followed. Every official not willing to obey the Constitution must be challenged and removed. Every person must decide whether they will be a part of the restoration or the destruction of America, there is no middle ground.