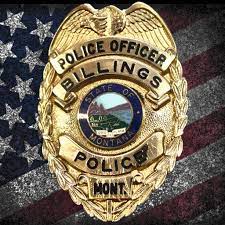 By Jennifer Olsen, Billings Montana
“All the reasons I’ll vote NO on public safety mill levy and I urge you to do the same. They don’t deserve more money. They need to manage what we already give them better. $30 million a year. And they just throw it away.
I was recently disrespected by the chief of police and mayor at a public meeting.
Couple weeks ago I called animal control to report aggressive dog in downtown who attacked me. Still have not received a call back.
Last year Aaron’s work truck window was smashed out and tools stolen. I called to report. No calls back. I called crime prevention center 4 times before I was able to speak to someone (several weeks later after tools were already recovered thanks to stupid criminal, pawn shop and their ability to call manufacturer).

Last year I met with a downtown bike cop and “counselor” (who’s actually only credentials are yoga instructor). When asked what police have planned to protect tax payers they said police aren’t here to help or protect me, I should carry a firearm and use it should I feel the need.

Last year my flag was stolen out of my yard twice. Trespassing crime. First time I called non-emergency number and never received a call back, ever. Second time same story but eventually was recovered thru a FB post and the public’s due diligence.

3 years ago code enforcement harassed me daily over a several week period because “I parked my car in my front yard”. Wasn’t my front yard but in fact a very clearly graveled parking area on my property between my driveway and an unused alley the city has allowed to overgrow. Meanwhile, my neighbors park their RV in their front yard and never received a visit or a ticket. They were to fine me $150/day until I moved my car. I had to call several times and eventually had to take photos to police department office to prove my case. They never apologized or rescinded tickets. They simply said you will owe $0 but that ticket stays on my record.

Year before that someone complained I was harboring a wolf in my yard. Animal control did similar thing as code enforcement. Complaint stays on my record although I was obviously not “harboring a wolf or dangerous animal of any kind”. Problem with that is the ability for stupid people to complain about you anonymously and you only get 1 “warning” before the fines start flowing. Guilty before proven innocent.

And then there’s my first encounter with police as an adult. In 2006 I got pulled over just outside of downtown. I was on my way home from work. Had recently purchased my WRX. The officer came to my window and said know why I pulled you over?” I said, no, because I definitely wasn’t speeding. His response “you don’t look like you can afford to insure this car, show me your insurance”. I asked for his name and badge number, he refused. I left the scene and went home. He didn’t follow me. He knew he was wrong. It was an illegal stop, harassing a taxpayer.