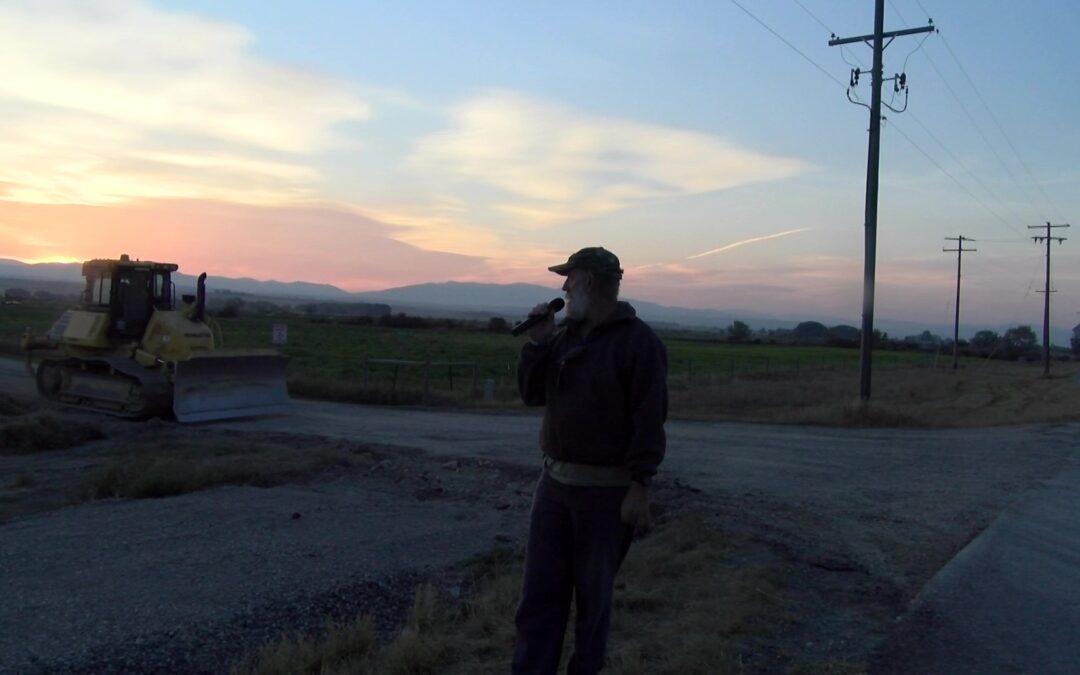 Historically in many counties across Montana the local government took extensive steps to protect private property rights. With changing demographics and government elected officials dealing with an onslaught of new regulations, that task has become highly challenging.

In Whites Gulch located in Broadwater County, a historic county road was gated off by the forest service and later obliterated. The illegal closing and destruction of the county road eliminated a historic right of way owned by the people. The rights of the people have been ignored here for many years.

The rights of property owners for ingress and egress has been directly challenged. Here in Broadwater County the difference between a private and public road continues to be debated before county and state officials.

Several Months ago Broadwater County Attorney Cory Swanson completed a legal analysis on multiple roads that have been controlled by the forest service. Mr. Swanson presented the records that clearly show the roads in question here are county owned public roads. These roads not only provide access to private property holdings in the Elkhorn Mountains, but also provide public access to public lands. The forest service illegally gates the county road denying the people access. The county commissioners are tasked with correcting this situation but have continued to sit on their hands without any action.

Private property owners depend on access to their property while enjoying the benefits of private property. Scott & Dee Mostad enjoyed their private access road for many years without any questions. As the demographics in Broadwater County changed, challenges became front and center with the Mostad family. Mostad Dr is privately owned it is shared as a privately owned/maintained road with Jeff Stewart.

Several years ago Broadwater County gave Mr. Stewart a county owned steel building to place on his property and was to provide storage for fire equipment for under a federal procurement process. The fact that Mostad Dr is private, there was no physical legal easement for the county to access the building as required by law. The steel building never has been reassembled for use. We asked the county attorney multiple times for a legal analysis but have received no response or documentation. The value of the publicly owned steel building going to a private property owner outside of the process is another legal question that yet continues to be ignored by county officials.

The change of a private road to a public right of way requires a process to be followed. The ability of the government to have the power to usurp control over private property is regulated under the Constitution of Montana.

The unresolved debate over Mostad Dr, escalated when Rocky Mountain Supply purchased property adjacent to Mostad Dr. The company is in the process of building their new facility to serve its customers with access to the new facility via Mostad Dr.

Scott and Dee Mostad requested from the Department of Transportation and Broadwater County officials the proper documentation granting the commercial use of their private road. As of early this morning, via phone we were advised there was still no documentation provided to the Mostad family.

We again attempted to see if there was any developments in the legal status of Mostad Dr but no response from the county attorney was available.

Legal action in at least 2 other separate cases here in Broadwater County is moving forward. Both of these cases are challenging the rights of the private property owners. Government officials usurping authority that is not based in law continues. It is because these allegations of wrongdoing have brought forward by private property owners the questions continue to rise to the surface.

The foundation of freedom is the ownership and enjoyment of private property here in America.