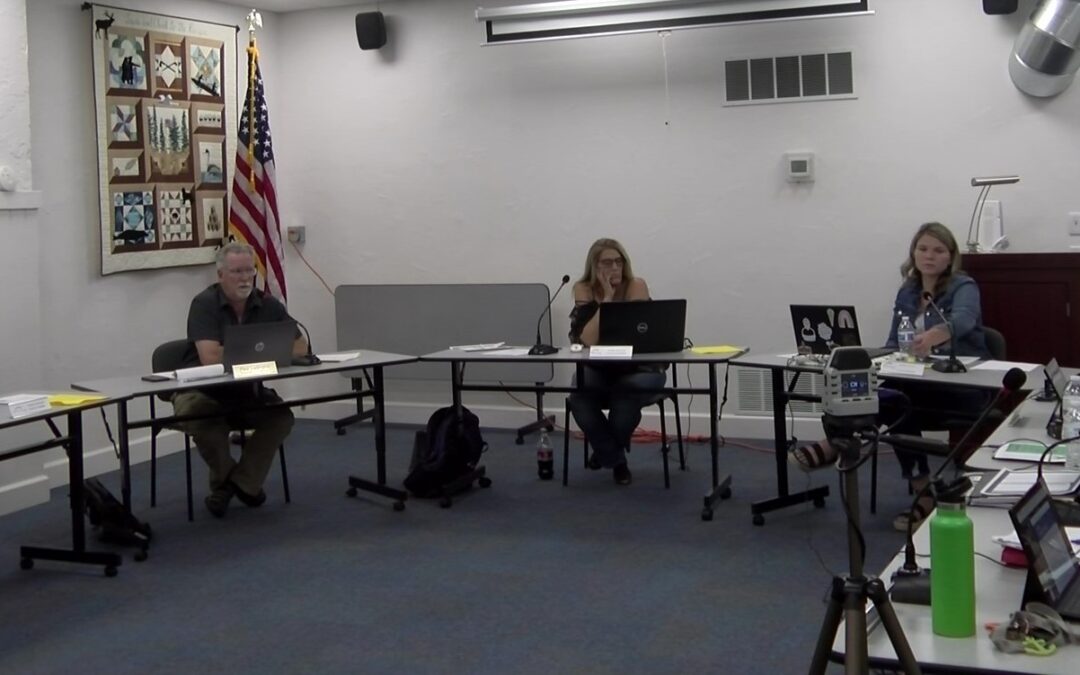 There are multiple citizens that have been regularly calling for answers and accountability on multiple aspects of the Stevensville City administration under Mayor Brandon E. Dewey. On August 26th 2021, the council met to discuss funding and legal requirements facing the city under the plandemic situation.

A decision in March 2020 to Declare an Emergency in Stevensville brought many citizens to the front steps of the elected officials seeking answers. The onslaught of calls from concerned citizens triggered a less than conducive atmosphere within the city government.

In June and July two city council members resigned leaving a void in the local government quorum to conduct business for the city. Mayor Dewey, through a process of elimination, appointed two new members to fill the terms of vacancies. A third member also resigned placing the local government in a quagmire and providing Mayor Dewey with the duty to continue providing Stevensville citizens with government services. Usurpation of power by the Mayor quickly became the talking points all over town.

Questions of funding disbursed for legal review of the Mayor’s decision process under open meeting laws was questioned by Leanna Rodabaugh and multiple other citizens of Stevensville. The request by Ms Rodabaugh for the written legal opinion as a result of an investigation has gone unanswered according to Ms. Rodabaugh. Multiple citizens we spoke to cited the need to file for public information requests under Montana law just to get any answers.

The specific investigation into how the allocation of funding to pay for the Mayor’s legal fees became front and center after the claims were presented for approval after a seven month delay in submitting the claim. The delay of submitting the claim for processing is not known and multiple citizens told us they are still waiting for that answer. The city council members after initial review of the investigation report, failed to see any legal grounds for further action.

“The Stevensville Town Council is not cognizant of their Powers, Duties or Responsibilities to the Citizens of the Town of Stevensville as they are uneducated regarding the Montana Code and the Constitution of the State of Montana. When an attempt is made to educate the Town Council, they frequently turn away from their legal duties and responsibilities and surrender their power unlawfully to the Mayor of Stevensville. As for the Mayor, he is more than willing to assume power that he is not authorized and willfully tramples upon the rights of the Citizenry with wanton disregard as to the consequences of his actions. He has on more than one occasion assumed power that he is not lawfully entitled and acts outside the bounds of the office of the executive, violating the Separation of Powers without the Town Council uttering one word of objection. This is evident in his assumption of spending authority as outlined in his Declaration of the Disaster Emergency, item numbers 5, 6, 7 and 8. Even when schooled regarding the Mayor’s illegal assumption of power, the Council sits idly by allows the process and the trampling of the Rights of the Citizens to go forward without one word of protest.”

We were told that multiple citizens are regularly making allegations against Mayor Dewey and are frustrated that no direct answers were being provided. The pressure continues to mount against the city council members causing the less than conducive working environment at city hall.

Because two of the current members on the council were recently appointed, there is a question as to the reason for a turnover of council members. Volatility within the city office appears to be a factor based on the negative atmosphere at the meeting. Two uniformed Stevensville Police officers were on scene for the city council meeting. The timing of new council members being appointed to finish the terms created by the resignations raises merit to questions raised by citizens of Stevensville. This is all taking place at the same time as the allegations made of wrong doing and the investigation into specific conduct of Mayor Dewey.

We spoke to former member of the city council Stacie Barker, that is now seeking to step back into the city government to ensure accountability to the people. As a citizen of the town of Stevensville, Stacie questioned the Mayor and Council members on the way the 2021-2022 city budget is being presented. The confusion on the government budget process is becoming more of a front line question with many citizens across Montana.

Mr. Jim Crews stated that he will continue to work to protect the Constitutional provisions protecting the rights of the citizens while holding elected officials accountable. Ms. Roadabaugh, although very frustrated with the lack of response to questions raised by the exposure of legally questionable actions by Mayor Dewey, said she will also continue to seek accountability with the city government. Ms. Barker also stated that her quest for accountability with local government on behalf of the citizens is her priority.

Mr. Dewey is currently facing an opponent in his bid for re-election in November 2021. The overall makeup of the Stevensville local government is moving forward with an election that is now heating up for November.

The video is edited to eliminate the lag time recorded while the city council and mayor were deliberating their next move. Because transparency is a challenge for the citizens to afford the opportunity to participate and know what is going on we ask our readers to stay tuned~