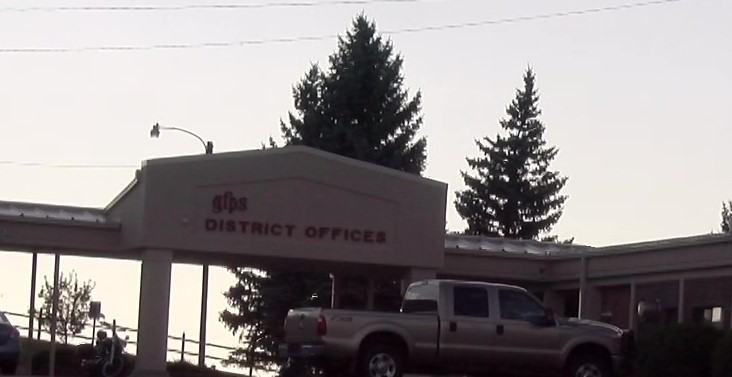 Across Montana in many school districts, the push to comply with Federal Plandemic Funding For Schools is driving officials to mandate masks. Billings School officials under the orders of the Superintendent of SD2, are forcing teachers and students to comply with a mask mandate. Parents and teachers are now in the streets calling foul on this arbitrary action by an unelected official. The unelected superintendent sent a letter out that outlines an extreme usurpation of power in the public education system.

Every school district is open to the fact that their priority is the need for funding. A substantial amount of that funding need goes to administrative costs leaving teachers and classrooms struggling for resources. Parents in the Missoula School District are working on filing legal action against the school district because of the refusal to hear the very people that hired them and spending is out of control.

Montana public education depends on ANB Funding which is a formula put in place by the Montana legislature. ANB funding places a value on each child enrolled in the public school system. In the continuing quest for school funding we now have the American Recovery Program (ARP) that put in place federal funding through the Elementary and Secondary Emergency Education Relief Fund (ESSER). As with all federal programs, ESSER funding comes with strings attached and can only be delivered if the local school districts comply with the requirements.

The very first condition to get funds from the ESSER pot, is to adopt a plan outlining the distribution and use of the funds. In that plan, the plandemic requirement to maintain compliance with federal mandates becomes highly controversial. The plan once put in place is submitted to the Office of Public Instruction where eligibility is certified and the checks are cut.

We visited with parents that gathered in Great Falls where a movement against the Great Falls Public School system (GFPS) is underway. A meeting was held 8/23/21 at “Liberty Hall.” The meeting put in place a planning process to stand united against the School Superintendent and the elected board of trusties of the school district. The GFPS officials have put in place their plan in the opening of schools for the 2021-2022 school year. The push for a mask mandate is outlined in their ESSER adopted plan. Here is GFPS Plan

The parents in Great Falls are demanding that the GFPS officials recognize parental rights. Exercising the Constitutional right to redress grievances comes into play where the parents are joining together to do what is necessary to protect their God Given Rights.

An official letter has been drafted that is available to all parents in the GFPS district area. That letter is set to be submitted to the school officials giving notice of nullification. The letter in short calls out the officials to recognize the medical and religious as well as the Constitutional rights of the people. The letter in short states the parents are exercising their rights to intervene in government actions. The intervention is backed by legal cases that provide for the foundation of freedom.

“I have no intention to un-enroll my child and I reserve all legal rights.”

The letter goes on to say that: “The right of parents to direct the upbringing and education of their children is a fundamental right protected by the Constitution of the United States and the Constitution of Montana.” As stated above, the legal claim supports the action in opposition to GFPS. The official letter of notice of nullification places the parents in a position of giving GFPS District officials a direct notice of parental authority over their children. This in effect nullifies the authority of the school district over the children and their education.

Active members of the Great Falls community engaged in the effort spoke to us about bringing the people together to unite against the GFPS officials. Those that are wishing to be part of this effort are being advised to meet at the Liberty Hall on 10th Avenue at 6:00PM each night where everyone will join together to have their voices heard and to advance their plans in Great Falls.

School opens in Great Falls on Wednesday August 25th 2021 and the parents are gearing up for battle with the district. Everyone interested in supporting this effort on behalf of the people are invited to join in this battle @ 6:00PM at Liberty Hall on 10th Avenue South.

Provisions are also being put in place for parents that decide to stand against the tyranny at the Great Falls schools. This strategy will be offered for a place to bring their kids if the officials fail to hear the call made by the parents. This act is in effect the way parents will be afforded the right to redress grievances. United the parents are standing to impact the decisions made by GFPS against the people. No students…No ANB funding!