Censorship Of A Hoe 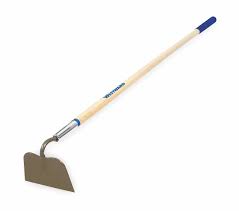 “So I just got unbanned from my 24 hours because I was telling my pregnancy story of 10 yrs ago I guess they didn’t like the story, this goes back to last week we’re a news segment of a group of women were banned from their gardening site because they used the word h.o.e as in gardening H.O.E .

Ridiculous behavior from MARK ZUCKERBERG trying to make himself look great and grand while being a piece of crap. Speaking of which…….. Last year my husband had shared a piece of information on mark and gained 35,000 veiws on top of the veiws previously. MARK ZUCKERBERG decided he would hack my husband’s email account to threaten him.

When mike explained that he would not be removing the video from a public platform because it was already public….. Mark Zuckerberg then sent a virus,this went on between them for a few viruses sent back and forth,mike had a hard time removing the last one as he is not equipped with the technology that Mark is. One day his crap will fry, Mark has only money and zero genius ability,he’s no match for my man!!!

So may go to Facebook jail this time or a deleted account. Oh well Truth hurts doesn’t it Mark! Well if it isn’t some dipshit like you it’s the state government hacking social media. Oh the life of spreading truth. I’d say copy a post quickly so that Facebook user’s can see what a dumb crap he is,even Facebook shows the dumbness of the creator! It always shine’s through and no mark we’re not done with you,in fact before your hearing I made sure to put in that important statement.

The corrupt seem to attract to us,and for one reason I can guess……to expose them for what they really are.”