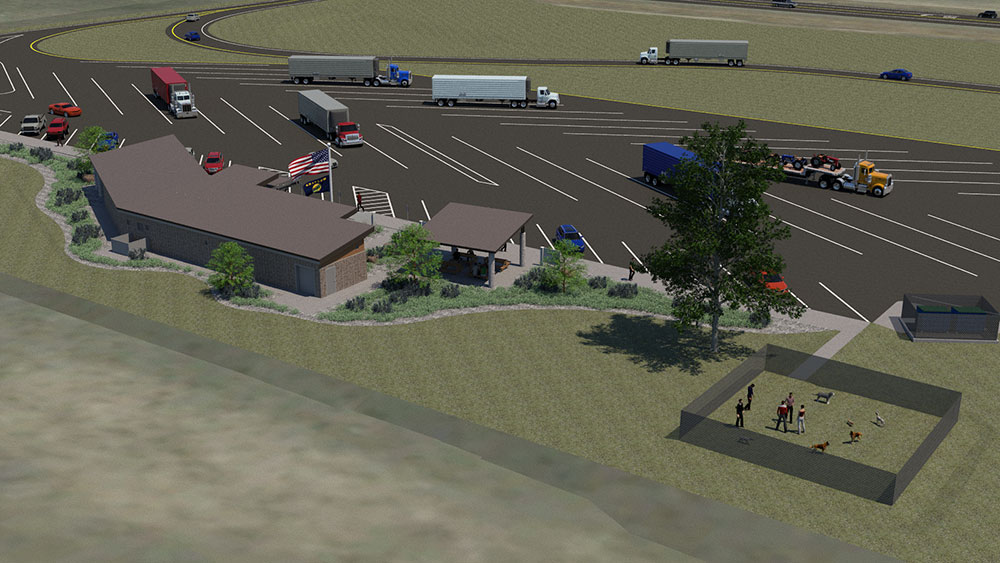 On November 16th 2019, Broadwater County Commissioners held a meeting regarding the rest area proposal. The county commissioners were reminded multiple times at that meeting, that the information being presented was confidential and not ready to be shared. The people that live in the area did not receive any public notice or opportunity to participate in the December 12th 2019 transportation commission meeting. If the meetings were open, no one in the public area knew about them. It was only later that “meeting minutes were discovered regarding the December meeting was held. The beginning of the plandemic further aggravated the public’s ability to participate in the process.

Searching for the facts and the truth one of the citizens also noticed a recent change in the Headwaters Rest Area public involvement section. A recent review of the MDT site providing information it was noticed that the answer to Question # 7 has been edited.

Question # 7: “Why haven’t I heard anything about this project until now”

Original Answer: “Part of the proposal process for this project involved identifying and securing a site for the new rest area. Because of the competitive nature of the design-build selection process, project information had to remain confidential until a team had been selected. Now that a team and site have been selected, public outreach and involvement activities have begun. Opportunities for public involvement are discussed further on the Public Involvement”

New Answer: “Part of the proposal process for this project involved identifying and securing a site for the new rest area. Because of the competitive nature of the project delivery process selection, project location information was not available until the selection was completed. Now that a team and site have been selected, public outreach and involvement activities have begun. Opportunities for public involvement are discussed further on the Public Involvement page.

For the past couple years, Gallatin County has been reconsidering the location of the rest area located at the 19th Avenue interchange off of Interstate 90. The commercial vehicle congestion at the interchange along with law enforcement issues triggered a process to consider potential prospects for relocating the rest area on the interstate highway.

A decision was made between undisclosed property owners to move the rest area to a location off the interchange of Interstate 90 and Hwy 287. The property where the proposed rest area will be located is approximately 3/4 mile off the interstate towards Townsend.

This area where the new location is proposed is sandwiched in multiple subdivisions in Broadwater County, and the citizens are highly concerned. Multiple citizens have been making calls to officials to place these concerns on record. Not knowing who is behind the deal Broadwater County Commissioners began to receive complaints from citizens claiming the process has left the people in the dark.

On Tuesday July 20th 2021 Broadwater County Commissioners assembled representatives from the Montana Department of Transportation and held a meeting in the Three Forks area to give an overview of the proposed rest area relocation project. Many of the citizens voiced concerns that the process has not properly assessed the impacts on the residential areas. The city of Three Forks also has had multiple calls from citizens of the city that have raised concerns about the project.

We asked the commissioners at their regular meeting in Townsend on July 26th 2021 to summarize the meeting held last week. Commissioner Folkvord drew the short straw as that is the district he represents in Broadwater County. The information summary of the July 20th meeting provided by Mr. Folkvord at a minimum, opened the door to many more questions.

We went to Three Forks where concerned citizens were gathered together to garner signatures on a petition that asks for the elected officials of Montana to provide a representative process for the people to engage in. The right to participate and the right to know are provisions of the Constitution of Montana found in sections 8 & 9. Many people in the Three Forks area are claiming these rights are being violated by the rest area proposed relocation project.

Citizens over the period of a couple days gathered nearly 800 signatures that are going to be delivered to elected officials including the hope that this message will reach Governor Greg Gianforte’s desk. Citizens are asking to be heard on this matter.

The following video begins with a question on the rest area given to Broadwater County Commissioners and is followed with a compilation of short statements made by concerned citizens in the Three Forks area.