Will The Montana Redistricting Commission Represent The People Or Politics 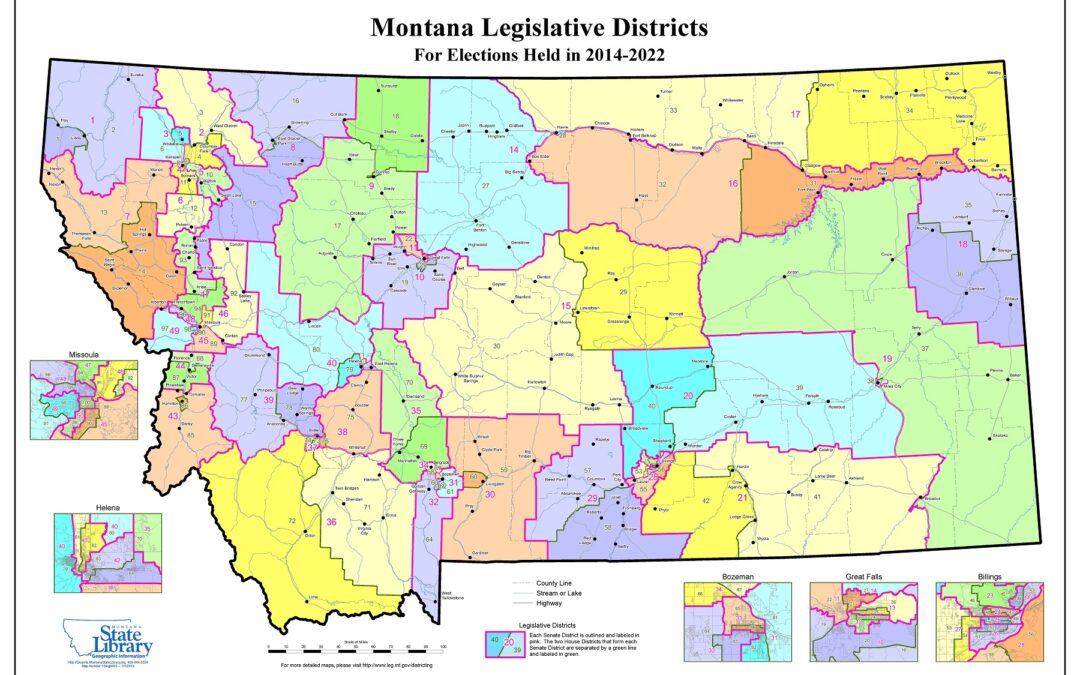 Will New Lines Be Based On Population Or Politics

Montana Redistricting Commission met in Helena on July 8th 2021 to discuss the parameters on redefining legislative districts in Montana. The public was provided both in-person and remote comments on the draft process that the commission is putting forward.

With the conclusion of the 2020 Census still pending, the numbers are not in a final report yet but speculation and models used in census data are preliminarily being applied to start the redistricting process. Due to the in crease in population, Montana is once again qualified under the rules to have 2 seats in congress. Avoiding the rush even before the district lines are drawn, candidates from both sides of the duopoly have launched their campaigns.

Without exception, the democratic input on the redistricting revolved around fairness and competitiveness. The fact that no one has ever put together an outline of the redistricting process that includes definitions of simple words like “Fair” and “Competition.” Common definitions are well versed in the discussions, but the actual application in political redistricting is bringing forward debate between the public and the commission.

The republican side of the isle is standing firm in contrast with the claims made by democrats including the arbitrary use of race, ethnic origin or sex, with the exception that both sides overall agree that the Fair Voting Act is to be honored in the process.

Commissioner Essman from Billings after hearing testimony, asked for the speakers to clarify the intent and/or foundation of their comments. Broad statements made without specific details left many of those listening to testimony with questions.

Where Does The Sovereign Nations Fall In With Redistricting

One of the highly discussed points on district alignment is in regards to the sovereign nations in Montana. Political deference was given to the democratic side of the isle due to the historic political alignment with the entitlement programs through federal legislation. Fair representation is a key point made by all those that testified from multiple organizations that are in place to lobby for sovereign nation standing. These organizations claim to represent both Tribal members and non-Tribal members.

It is ironic that The Montana Supreme Court unanimously appointed Maylinn Smith as the chair of the state’s political Redistricting and Apportionment Committee. Smith at the opening of the meeting, made a political neutrality comment in her position to provide for a fair decision making process, Many that are following this may be surprised to learn that Smith is heavily engaged in the legal battles against the people of Montana. Smith is an attorney who has focused on American Indian issues throughout her career.

Smith taught at the University of Montana’s law school for 25 years. She is also working as a civil prosecutor for the Confederated Salish and Kootenai Tribes. Serving at all levels of the judicial branch including serving as a judge in several tribal court systems. The water compact being a major legal impact on private property owners compounded by other democratic positions being used to influence elections comes front and center. Smith is on record for regularly contributing to the democratic party and their candidates in elections here in Montana.

Commissioner Miller expressed her concern in opening statements and questions to the public comments about fairness. Multiple times the issue of dividing communities was brought to the point of the discussion. In one public testimony by a tribal representative, he stated he traveled to participate in the process and is the representative of three sovereign nations. On behalf of tribal members his message resonated with wanting more legislative representation. While calling for better representation, the fact that the political affiliation of the seven tribes, each operate under a sovereign nation status.

Representative Rhonda Knudsen was in attendance and did not plan to speak but due to the testimony delivered she declared that: “My job would not be fulfilled if I remained silent.” Comments were made regarding the word (little d) Democracy. The debate over the foundation of American politics like usual came back to the question: “Are we a democracy or a Constitutional Republic. One of those testified to the commission blasting those that claim the Constitutional Republic is nothing but a political catch phrase that has no meaning at all when compared to a democracy.

Another aspect that plays highly on the debate of redistricting in Montana is the prison population. Again entitlement programs within the department of justice are at play and have a huge impact on the economy across Montana. Families that live in Montana or that have a family member incarcerated in a Montana facility are calling for recognition including an increase in the deviance factor from 1% to 5%.

The Constitution of Montana provides for the 1% deviance factor in census numbers regarding the population but across the board the democratic response is overwhelmingly calling for an increase of that allowance to 5%. In certain demographics that difference can result in hundreds if not thousands of voters in certain districts. The political fallout with this factor was spotlighted by multiple citizens that testified before the commission.

Enter Montana law in deciding the redistricting rules and the parameters that must be used to comply with the law and we see another layer of government uncertainty. Montana Representative Derek Skees called in to testify and laid out the Montana laws that are set for the redistricting commission to follow. Mr. Skees openly cautioned the commission in the reference and use of “Fair and Competitive” words in their deliberations on the task of redistricting is highly subjective.

Commissioner Miller openly disagreed with Mr. Skees making claims that past commissions even going back to the 1972 Montana Constitutional Convention set the precedence for how the commission operates. Mr. Skees readily pointed out that the commission is bound by current law set by the Montana Legislature. Commissioner Lamson also made an attempt to counter Mr. Skees but fell short in bringing forward any claim with merit.

Upon conclusion of Mr. Skees’s presentation of facts to the commission regarding Montana law, the room went silent. Commission Chairwoman Maylinn Smith finally broke the silence from the democratic rebuttal and called for a recess. Evidence is surfacing that show the commission may be working outside the law. Because this process is paramount to freedom and liberty it is very important to point out the law as was done by Mr. Skees.