Is Horse Theft By Government Legal In Helena Montana 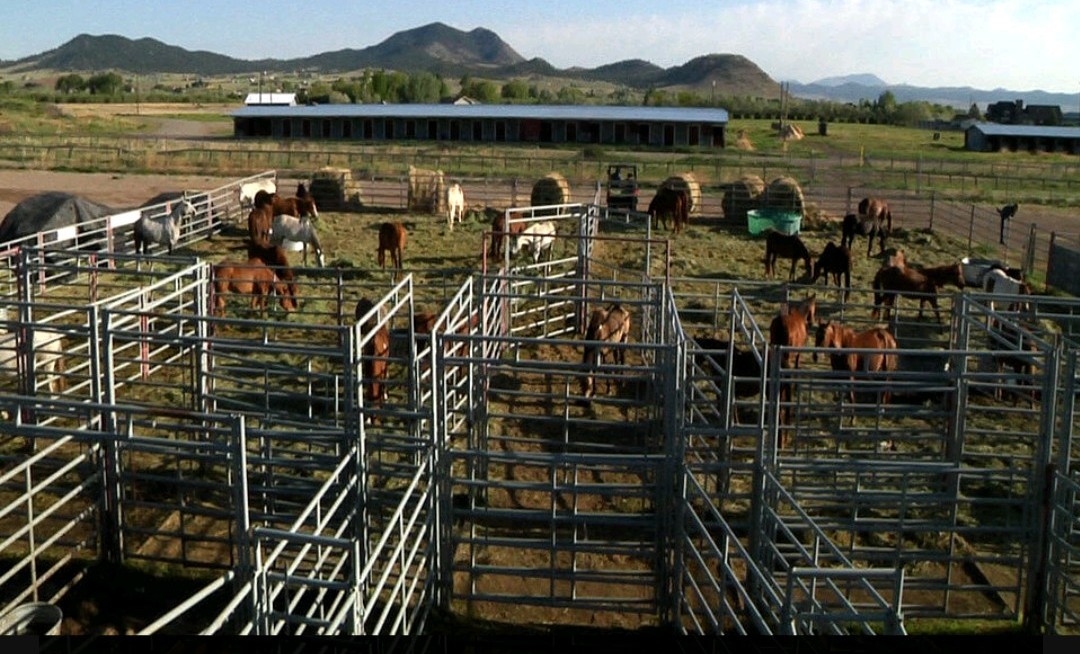 A complaint of animal abuse was raised by an unknown individual in early 2021. The initial complaint alleged that the owner of a quarter horse business was neglecting and abusing horses in his care. The complaint filed with law enforcement is where the initial investigation began. Montana First Judicial District Court Judge Mike McMahon determined that there was sufficient probable cause based on an opinion. Judge McMahon agreed to execute the warrant to search the property for any and all evidence that would substantiate the claim of animal neglect or cruelty. Under Montana law, the public was denied full disclosure of information on the alleged crime due to the rules to protect the integrity of the investigation.

On May 3rd 2021 District Court Judge Michael McMahon issued a search warrant for access by officials to a pasture, barn and other outbuildings located in the Helena Valley. The warrant issued was to satisfy the complaint filed with Lewis & Clark County Law Enforcement alleging animal cruelty under 45-8-217MCA and/or cruelty to animals under 45-8-211MCA.

The Independent Record put together a headline story using a picture of a 26 year old horse that needed some farrier work done. The headline story and community talking points were backed up by Sheriff Leo Dutton of Lewis & Clark County who openly acknowledged that there may be potential abuse of horses by the responsible parties.

The search warrant was presented to the parties owning and/or leasing the property where the horses were kept. The warrant, based on the complaint, provided for the need to verify and rectify a case of animal abuse within Lewis & Clark County. The warrant further provided law enforcement uninhibited access to the property for securing supporting evidence, contraband, or persons connected with the alleged crimes provided for in the warrant

“Injured or Neglected Horses Or Other Animals Needing Advanced Veterinary Care; Photographs And Or Video Of The Animals And Conditions Of The Property…Pasture, Barn, And Other Outbuildings Located In Helena, Lewis & Clark County, Mt”

The warrant gave clearance and authority to law enforcement; “That all necessary and reasonable force may be used to serve the search warrant or to effect an entry into any building, property, or object to serve this search.”

The owner of the horses and the property stated that the law enforcement officials denied them the constitutional right to observe the search proceedings. According to the owner of the horses, the ability to answer questions or clarify any concerns in his/her defense was denied. Talking to the owners of the horses and the property, the Fourth Amendment Rights under The Constitution of The United States appear to be called into question.

All activity from law enforcement ceased and officials went silent in the matter. It appeared that the need of an immediate intervention became either moot or not justified. The owner continued his care for his horses not knowing where any of the allegations would go.

Because there is an increase in density in the Helena valley, the owner stated that the possible complaint came from neighbors that are opposed to that many horses in their back yard.

The second warrant provided for the seizure of all property described in the warrant which included 58 horses. That move made by Lewis & Clark County officials was based on probable cause effected and/or substantiated by the communications from the original search warrant and collaboration with Veterinary professionals secured by the county.

Lewis & Clark County Animal Control division also has been on the front page of this issue. The duties within the county animal control division is to protect pets and people in Helena valley from abuse and neglect. A question is raised regarding what experience or training is in place for animal control officers of the department in the area of equine care. Patrol Captain Alan Hughes is the county official that has been placed in charge of overseeing the care of the 58 horses at the county facility.

As of June 14th 2021, the defendant in this case had not been charged with any crimes. This fact brings to question the validity of the complaint that the horses were in an extreme abusive environment needing intervention. The owner of the 58 horses stated the losses are compiling daily without access to his property and the denial of his rights in this case. According to the owner, it would take a quarter million dollars to replace his property. Thoroughbred horses are his passion and his livelihood and that is now turned upside down in Lewis & Clark County.

Access to see the horses up close at the county facility has been restricted from day one of the taking of the horses. This restriction is in place due to an ongoing investigation. Even though the defendants in this case have now been officially charged, access to the county holding pens is still under restriction. “NO TRESPASSING” signs are now in place on county property where some of the horses are still being held.

One individual that we spoke to had concerns about the care of the horses under the control of the county. It was stated that there was moldy hay being fed about the same time someone with a heart and not much knowledge about horses brought them some apples. Because the horses were being held in small cells, the act of nature kicked in with the predominant horse taking charge to control the feed. It was also noted by a volunteer that the incident that was reported about apples being fed to the horses was brought forward without any knowledge of what really transpired.

Not all 58 horses confiscated from the property are currently at the county facility. Some of the horses allegedly were taken to a Cascade County rescue center and their condition and/or status is unknown.

The horses at the county fairgrounds were moved from the bull pens out to an area further from the fair facility. They are held in a small pen with some division, being fed and watered from a tank. There is no shelter for the horses to escape the heat or inclement weather.

On Friday July 9th 2021, the defendants in the case made an initial appearance before Lewis & Clark County Justice Court before Judge Michael Swingley where charges were officially filed. The case will now go to district court before Judge Abbott where a preliminary hearing is scheduled. Another question was raised in regards to the case initiated by the county i district court commenced proceedings in justice court. The case will now move forward and officially be in the First Judicial District Court before Judge Abbott.