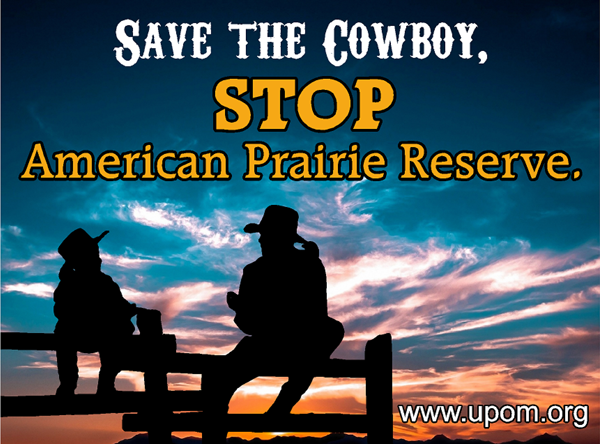 Governor Gianforte is calling foul on the Bureau of land Management. Because the federal government is locked behind closed doors due to the plandemic, most if not all important meetings are being held via zoom or the use of other technology. Across Northeast Montana there are many ranchers that are in the middle of hay season and caring for their land and did not know the draft plan to approve a buffalo grazing was approved by BLM .

With little difference we found a common response to the concept of the American Prairie Reserve (APR). This highly contentious creation is opposed across Montana. A private group is looking at pushing buffalo onto nearly 70,000 acres of public grazing land in Philips County alone. BLM grazing permits that run for 10 years, place a lock on those lands pushing ranchers out as planned by the creation of the APR.

This eco~extremist group behind the APR place pretty pictures out across America making the claim that the APR will save the land. Ranchers have been caring for this land for generations and depend on the grazing allotments as an inherent part of the base ranch.

When we take a look at the funding of this grand scheme called APR, we see the typical NON PROFIT tax exempt holdings by an organization that spends tax exempt donations without any accountability to local government or the private land owners in the areas where the APR is created.

APR wants to place thousands of buffalo onto the public grazing lands to supplement the grazing needs that cannot be accomplished through just their private holdings. This concept has been tested by the ranchers in the area and like Wayne Hage proved, the grazing is essential to the survival of a cattle ranch.

BLM is claiming there is no significant impact by giving the non profit organization the requested grazing permit. However, the reality of area ranchers and communities tell a different story.

United Property Owners of Montana has been on the front lines of putting the truth out in front of the people regarding the APR. It is clear that the APR will have a huge negative economic impact on the communities across Northeast Montana.

Looking at federal law that governs the grazing on publicly managed BLM land places a twist in the process that BLM is moving forward on. The Taylor Grazing Act and other aspects of oversight of livestock are in violation by buffalo being masked as livestock. In reality, APR is opposed to reclassifying bison as livestock, therefore this concept is problematic in all definitions under the law.

For BLM to hold one meeting via virtual meeting technology before approving the grazing permit, the rights of the people under the law of public participation are stretched to the limit as claimed by Governor Gianforte.

The whole concept of APR is to move through Montana removing fences as proposed by APR in 2019. This extreme management proposal is drawing fire from thousands of Montana Citizens.

BLM Field Manager Tom Darrington claims that the electronic process will provide for the 15 day protest and consequently a 30 day opportunity to appeal the final decision.

BLM completed a draft environmental assessment from the office taking into consideration comments deemed “Thoughtful and Substantive.” Issuing a determination that BLM claims “Finding Of No Significant Impact” has placed the people of Montana in a significant disadvantage according to property owners in Philips County and across Northeast Montana.

Montana Legislator Becky Beard brought forward legislation that would provide a position for ranchers to protect their holdings. The bill failed to pass but brought a lot of information to people regarding private property rights. the bill would have placed a more fair playing field for the taxpayers of Montana by restricting non-profit organizations often referred to as “Green Decoy groups from buying and owning agricultural land.

The ultimate goal of the APR is to create a 3 million acre expansion of the CM Russell National Wildlife Refuge and to expand on the Missouri River Breaks Monument. That cannot be accomplished without removing all private property holdings within the designated areas.

Enter the other federal agency that readily adopted the Greater Sage Grouse habitat resource management plan that further impacts the use of these lands by ranchers. Removing fencing that provides a perch for sage grouse predators. The list of factors being used continues.

It is now up to the citizens of Montana to weigh in on this regulatory takings scheme by going to BLM’s website https://eplanning.blm.gov.