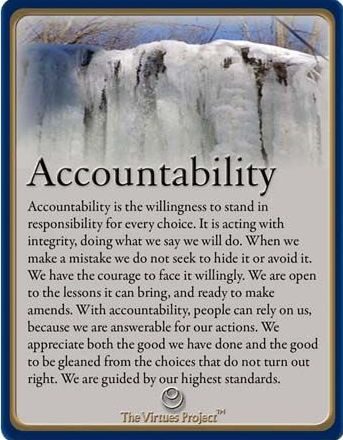 In Broadwater County Montana the first judicial district court has been faced multiple times with questions of accountability. It is a long standing concern by the citizens of Broadwater County regarding due process. A group of concerned citizens have made multiple attempts to seek relief within the system provided for the people with very limited success.

Past Commissioner Laura Obert has been at the center of the questions of accountability in Broadwater County. Retired Judge Jim Reynolds heard concerns about the county commissioners violating the public trust on more than one occasion. A citizens coalition brought forward evidence that alleged fraud and the system took over 8 years, but did get a conviction of felony fraud for the taxpayers of Broadwater County.

Commissioner Obert was charged with violating open meeting laws including violating the process of a constitutional commission form of government. Judge Reynolds provided the citizens with a sliver of relief when he decided on behalf of the law and the Constitution of Montana. His ruling provided that the commission violated the rights of the people. This accountability was achieved in this case because past Commissioner Franklyn Slifka filed action in district court on his own against the county.

Commissioner Obert again was called on accountability in 2019 where she was eventually charged with Felony Theft and official misconduct. This case was filed at the point of transition between Judge Reynolds retirement and Judge Menahan being assigned to the case.

The initial case languished in the court with no action for multiple reasons unexplained by those charged with representing the citizens of Broadwater County. County Attorney Cory Swanson was unable to respond to the citizens due to the conflict of interest put in place by Montana law. Attorney General Tim Fox was charged to carry the torch on behalf of the citizens but sat on the request for intervention for nearly a year.

After an investigation by the state, Attorney General Fox eventually appointed Gallatin County Attorney Marty Lambert as special prosecutor on behalf of the citizens of Broadwater County.

When charges were officially filed in June of 2020, the local newspaper of record, Broadwater Reporter filed for a copy of the booking photo. Bobbie Meehan, owner of the paper, was denied access to the photo based on an opinion by local officials of Broadwater County.

The photo was/is public information as provided for under Montana law that codifies Article II Section 9. Ms. Meehan filed for a freedom of information request per Montana law. Ms. Meehan officially served the Sheriff’s department demanding that the photo be released as per the requirements of 44-5-301MCA.

Broadwater County Sheriff Wynn Meehan immediately responded to the request. Mr. Meehan claimed that he was advised by other elected officials of Broadwater County and Montana Association of Counties legal staff to ignore the law and not release the photo. This recommendation was made based on a threat of litigation under Article II Section 10 of the Constitution of Montana, against Broadwater County.

Because the Broadwater Reporter is the paper of record and the photo was in fact public information under 44-5-301MCA, the local paper reluctantly filed action in court to seek relief. (Cause No. DDV-2020-33) The action was filed based on a clear violation of the public’s right to know. Attorney James Brown from Dillon took the case on behalf of Broadwater Reporter with a clear legal analysis of the law in favor of the citizens of Montana.

Legal manipulation continued in the case with little to no progress on behalf of the citizens residing in the first judicial district of Montana. Multiple attempts were made to at least resolve the legal question regarding the booking photo to no avail. Judge Menahan continued to ignore the calls for accountability.

Mr. Meehan, based on the opinions of other officials including Mr. Lambert, continued to refuse to release the photo as required by law. Cheryl Campbell a citizen of Broadwater County, also filed a request for release of the booking photo under the right to know. Because the booking photo is public information she made a direct plea to Sheriff Meehan for a copy of the photo via messaging in July of 2020.

Sheriff Meehan after a substantial amount of time elapsed, responded to Ms. Campbell with: “I am in the middle of a lawsuit over that picture, so I am leaving it in the District Court Judge’s hands to make the decision.” The request made within the parameter of the rules of procedure within the judicial standards obviously was falling on deaf ears.

Early March and into April of 2021 the lawyers on both sides of the criminal case before the court exchanged motions to resolve the criminal case prior to the December 2021 scheduled trial date. Because no action on the criminal case was taken by the court, additional requests were made by Attorney James Brown for the court to render a decision on Cause # DV-2020-33 that was filed regarding the booking photo.

Ms Obert filed for a dismissal of the criminal case and even though the case was being administratively dealt with, an evidentiary hearing was held. That remote hearing concluded due to technology glitches. The zoom remote process brought concerns from both sides of the case about poor audio. Even though there were still questions unanswered in the case, Judge Menahan, without any further notice or proceedings, dismissed all charges against Ms. Obert.

The criminal case having been dismissed, we asked Mr. Lambert if he was going appeal the decision. Mr. Lambert confidently stated that he did not see any merit in appealing the case. The taxpayers of Broadwater County and the State of Montana have been left accountable by Mr. Lambert to fund an expert witness in the case. Because Judge Menahan dismissed the case with no consideration of the pending motions or consideration of an open hearing the taxpayers are paying for a witness that will not be compelled to appear.

Cause # DV-2020-33, release of the booking photo, is still sitting on the desk of Judge Menahan. Broadwater Reporter now has invested thousands of dollars in legal fees to get legal public documents protected under the freedom of the press. Ms. Meehan continues to ask why Judge Menahan continues to fail to rule on the matter.

Because the criminal case was dismissed, 44-5-202 (8) MCA comes into play. The intent of this section of law is to protect the privacy of a defendant that has been exonerated by the court. The law provides for the protection of the release of the photo upon vindication of all criminal charges. The right of privacy is now at issue.

All cases going through the first judicial district court prior to the Obert case automatically released photos upon request. Within two weeks after the charges were filed against Obert, Broadwater County Sheriff Wynn Meehan began releasing all booking photo’s automatically without question as required by law.

Ms. Campbell, taking these comments made by Judge Menahan to imply that he did not understand who Ms. Obert was, rose to question the integrity of the Judge. His failure to rule on the law specifically on Cause # DV-2020-33 for 11 months equally brought cause by Ms Campbell to continue to seek accountability under the law.

Frustrated in her efforts to seek answers and the truth, Ms Campbell decided to seek accountability. The fact that none of the elected officials in Broadwater County would respond any inquiries in the case, Ms. Campbell filed a complaint with the Montana Judicial Standards Commission against Judge Menahan on April 1st 2021. The complaint was acknowledged by the commission on April 5th 2021 but another 3 weeks went by before the commission issued a ruling. The delay of 10 months after her initial request for due process was first filed in Broadwater County brings to question the constitutional rights of the people.

We spoke to Bart Crabtree with the Montana Judicial Accountability group and it was not surprising to learn that nearly all complaints filed with the Judicial Standards Commission are arbitrarily dismissed.

According to the documents we obtained from the Judicial Standards Commission, Judge Menahan, who is the chair of the commission, responded to Ms. Campbell with his denial of misconduct or any other improper allegations. Ms Campbell stated that it is odd that we have a 5 member commission openly passing oversight on fellow members of the bar association without regard to laws governing conflict of interest.

As of today, May 22nd 2021, the case of the booking photo has still not been resolved. Judge Menahan continues to sit on the case with several motions still unanswered before him. Is there due process?