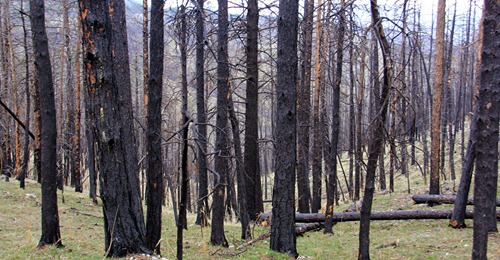 Agriculture Secretary Tom Vilsack is claiming that all efforts promoted by climate change alarmists led by President Biden is wrong. Many across America are claiming that the new administration would like to eliminate private land and escalate the call to diminish American beef consumption.

Mr. Vilsack claims that the 30X30 promotion by the Biden administration will not provide for the federal government to use eminent domain to take possession of land. Historically most if not all federally managed land acquisitions result in taking that land out of production. Because this is a political move by the federal government, the act of the 30X30 plan is opening the door to a takings action that many in Montana fear will be set in motion.

Many in the farming community have called for clarification of Mr. Biden’s plan. Providing for the Constitutional right for the citizens to know what is on the table is essential to farmers and ranchers across Montana Farmers and ranchers count on their understanding of what the government officials are going to do in advance of decisions being made. Not having a seat at the table in the planning process at all levels of government leave the rights of the people out of the discussion.

With the big push by eco~extremists on Earth Day, the Biden administration is pushing for land preservation across America. The Biden team have already stepped beyond the authority of the President leaving to question the federal land management planing.

Here in Montana the eco~extremists are celebrating the nomination of Tracy Stone-Manning as the next director of the Department of Interior. Having a long history of eco~extremism, Tracy would continue to provide that open door to environmentalism over the beneficial use of public land as defined.

Loss of mining, farming and ranching opportunities due to the eco~extremist moves against resource management is front and center. Tracy has been in the drivers seat here in Montana promoting wilderness along with the Montana Wilderness Association and other green decoy groups purporting to be working for the people and their future.

American Stewards of Liberty have been on the front lines bringing people to the table on what is going on with the federal government for multiple years. Previously Stewards Of The Range, the organization is promoting private property rights and the ability for decisions to be made at the local government level.

Margaret Byfield recently held an informational meeting in Lewistown Montana where the federal 30X30 push was explained. She provided the citizens of Montana documented evidence in how the concept and actions already implemented are outside the law. For more information on the 30X30 push visit American Stewards Of Liberty

The full picture of how federal actions adversely impact every facet of life in Montana. Byfield urged the citizens of Montana to get engaged at the local level before it is too late. It is essential to get local government to implement resolutions protecting the rights of the people at the local level from federal and state government overreach.

Byfield urged those that attended the presentation to look at a model resolution for local government to adopt on behalf of the citizens. The presentation also included a long standing push for citizens at the local community level to adopt resource management planning through coordination. The federal and state agencies prefer cooperating-agency status planning because that is the path of least resistance from those at home to resource planning.

Mr. Vllsack denies emphatically that the federal government will not harm the ability of farmers and ranchers to survive, but rather, he claims the goal of the federal planning is to give farmers greater opportunities. Those that have followed Hage vs. United States know that is not necessarily the truth.

The current administration is gearing up for a summit in September to launch new political climate change programs under what they are currently referring to as an Agriculture Innovation Program. This program goes into the local communities and makes grants to Agriculture Innovation Centers that then provide technical and business development assistance to agricultural producers seeking to engage in making or producing Value-Added agricultural products.

All sounds good until the stick hiding is brought out in the climate change mandates that will come. All federal funding comes with those strings attached and the people at the local farm level often fail to see that until it is too late to change it. Actions in the name of environmentalism are set into perpetuity to enhance preservation concepts.

Congress has introduced other legislative action that enhances the eco~extremist agenda. The discouraging meat consumption goes back to the national campaign adopted under the Rio Summit in 1993. Agenda 21 has been revamped to 2030 which includes the 30X30 plan.

USDA under the Trump administration relocated several high level positions to Kansas City. With the new administration working to fill those key positions, Mr. Vilsack claims that the reversal of moving government control out of Washington DC will likely take place in the coming days.

Eco~extremism is now in full swing under the Biden administration with the rights of the people of Montana and across the west the target. Stay tuned!