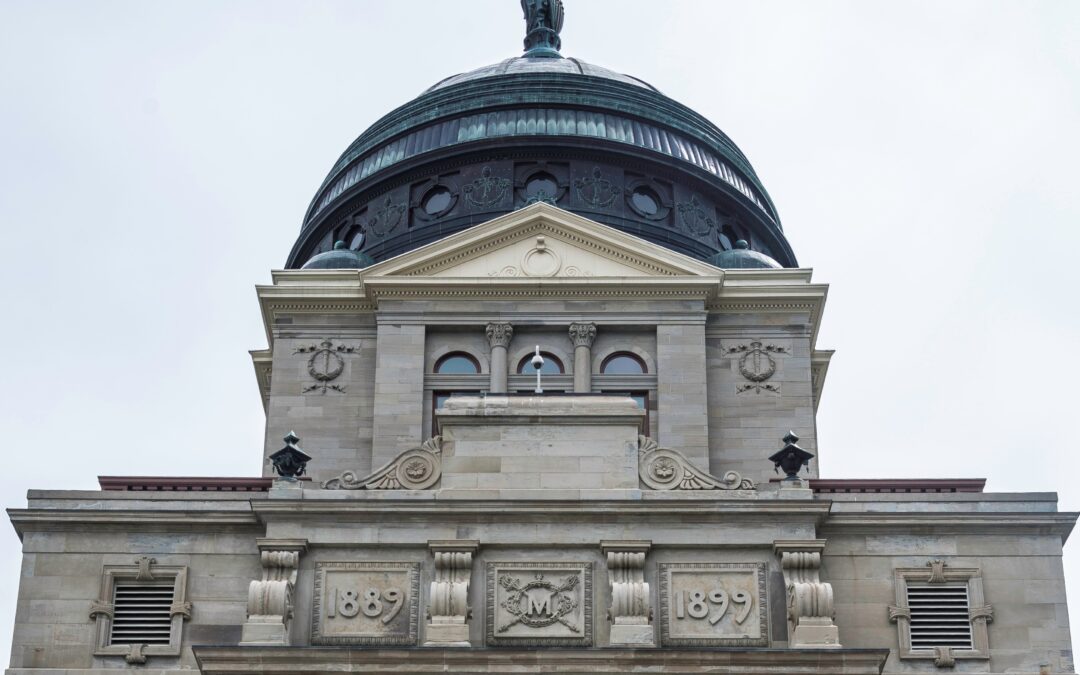 On the morning of February 2nd 2021, the Montana House of Representatives Judicial Committee held a hearing on HB257. This legislation is only one part of the effort aimed at making corrections of Montana law that provides unbridled authority to unelected officials in Montana.

Local Health Departments have usurped power under the plandemic instituted in Montana by past Governor Steve Bullock. HB257 introduced by Representative Jedediah Hinkle (R) HD67 from Bozeman area, seeks to limit local government from instituting unconstitutional mandates against businesses and the the people. Back in March and April of 2021, local government officials began working to implement the lockdown plandemic directive issued by the former Governor of Montana.

That directive was placed in the hands of local government under Title 50 law. There, local health boards were tasked with the duty to implement multiple levels of the plandemic mandates. Unelected health department officials began a process with a lockdown of the citizens in the name of social distancing. County sanitarians and county health departments began locking down the citizens by prohibiting gatherings and directly challenging businesses to comply.

Montana Sheriffs got together and looked at the law under Title 50 to understand their role as enforcement officials. Because the law is vague and there is no provision of law or the Constitution to provide legal authority 38 Sheriffs of Montana signed a letter stating that they would not be in a position to enforce the mandates. Sheriffs recognizing private property rights provided that they would respect those rights under other provisions of Montana law.

Montana Legislature is also working on SB65 that further protects business liability and removes the burden imposed against local law enforcement by the plandemic. The division caused in communities by the plandemic continues to spiral out of control according to many officials on both sides of the issue before the people of Montana.

In the hearing on February 2nd 2021 Representative Hinkle introduced the bill to the committee. Multiple business owners were readily on hand to testify in support of the legislation. The main theme of the testimony revolved around the usurpation of power that is directly impacting businesses across Montana and the rights of the people.

The following is a summary of points raised against the plandemic and the impacts on communities across Montana.

It was a resounding agreement that the plandemic has been totally unfair to force businesses to enforce government ordinances and or policies. The business owners who testified all agreed that their employees are unduly put into danger under this forced position and has caused a loss of employees due to their fear of retribution.

Mike Hope the owner of the Rocking R Bar & Grill in Bozeman gave a direct appeal to the committee to pass the bill. He stated that he has been attacked by the loal government health department officials and has been sued in court. Only having been to one hearing to defend his rights as a citizen of Montana, he advised the committee that it has already cost him personally 26 thousand dollars in attorney fees. His loss of revenue caused by the 10pm lockdown order would put the iconic downtown Bozeman establishment out of business. In addition, Mr. Hope pointed out the travesty in the judicial system where lawyers fear going up against the system due to the potential retaliation and retribution against their practice. The committee was advised that he was turned down by 4 attorneys that declined to take the constitutional case due to fear.

Sara Capp testified as a business owner and the mother of a child with a medical disability. Her testimony gave multiple examples of the local government disregard of a medical exemption to the plandemic mandate by local officials. Her ability to provide a safe environment for her son was severely challenged due to his medical condition inhibiting his safety by wearing a mask.

The business owners all reaffirmed the plandemic and associated directives placed businesses in danger along with their employees. Fear and control came to center stage where according to Mr. White, another business owner, was also sued for offending or violating a policy that is not backed by the Constitution, or Montana law. Receiving threats through calls created a dangerous environment to the workplace and the safety of his employees.

Medical discrimination was also echoed with testimony focusing on examples of harassment brought on by the sanitarian and health department of a county where a mom and her children have bee refused service and forced to travel out of town to even buy groceries.

Two different business owners complimented each other on the economic and social impact brought on by the plandemic. A company owned by a businessman in Helena stated his business is all but lost in providing a service to mountain bikers. Conrad was given hope with the new administration but Governor Gianforte failing to act on the plandemic lockdown is costing him his business and stated to the committee that the failure of the governor to follow through with his promises is very disingenuous. The inability to provide safety under the plandemic has cost him his upcoming season unless HB257 passes. Another businessman stated that his property management business has lost employees and with over 160 thousand customers now pushed out, his ability to serve them is nearly lost.

Nelly Nichols emphasized that the action by local government officials is an insult to injury. Many business owners and employees are losing sleep trying to determine ways to stay alive and comply with the unfounded mandates. Many fear being forced into fighting criminal charges. Her testimony ended with a plea for the legislators to pass HB257 and stop the attacks against the freedom of Montana citizens.

The Freedom Protection Project has a large membership of citizens and business owners that were well represented by spokespersons from the group. It was stated that there are many members that would have been there to testify in support of HB257 but they fear retaliation from the local government officials if they did. Their testimony advised the committee that the actions taken against the citizens is “Beyond Ludicrous” and it is essential for the committee to pass this legislation.

The opponents of HB257 were short and to the point. Montana Department of Public Health & Human Services (DPHHS) represented by Mr. Jim Murkey claims that the legislation would cause the department of health to be unable to enforce the existing provisions in place to protect public safety. Citing the different examples that are covered under public health, Mr. Murkey attempted to paint a picture of death in the streets from clean restaurants tp contaminated swimming pools. Public health protections would be lost and violations of health directives would be running amuck. Tim Burton with the Montana League of Cities & Towns echoed the DPHHS claims and implied that in the sky is falling due to the fear of losing authority over the people.

The legislation will now move forward with executive action before the Judicial committee and then if passed will go onto the full house for a second reading. Contacting the members of the committee is how the citizens can check to see if their elected officials are ready to vote against tyranny.