Citizens Continue To Fight For Their Rights 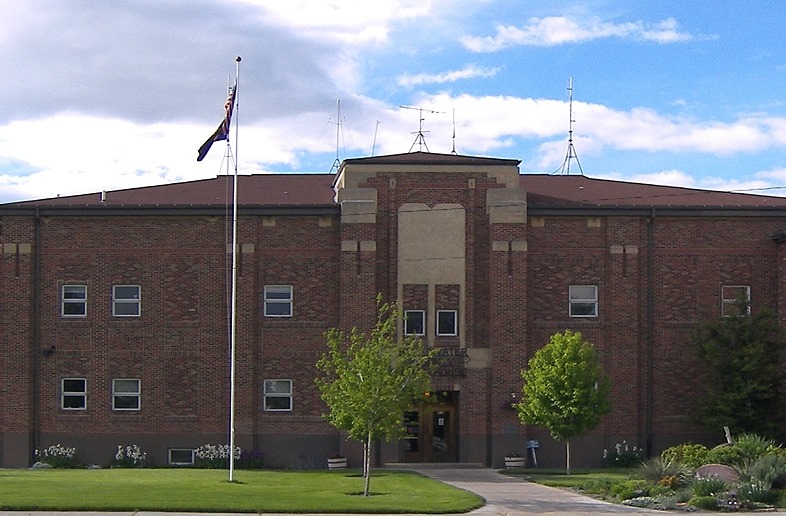 Montana has been under various levels of “Lockdown” for the past six months. Animosity towards elected officials tasked with serving the people of Montana continues to grow. Business owners across the state are struggling to keep the doors open while local officials continue to threaten many businesses with legal action based on the memo from Governor Bullock and the Covid-19 Plandemic.

The United States is trillions of dollars in debt. Many citizens and business owners are asking how elected officials are collecting salaries regardless if they work or not. One citizen we talked to in Lewis & Clark County said; “It is like our government officials are playing a game of monopoly but there are no rules.”

Those working to win a seat in what is supposed to be a representative form of government, known as a Constitutional Republic, are spending insane amounts of money on campaigning. This spending according to many senior citizens of Broadwater County is adding insult to injury to the citizens of Montana working to survive.

Business owners across Montana have been working to keep their doors open. They are facing layers of fear entrenched in every segment of society. Many government offices refuse to conduct normal business hours yet the taxpayers are fully funding these officials and the offices that are being locked down. The private property rights associated with doing business in Montana is under threat. When one walks down any business district street and looks at the signs on the doors we see the real story.

Many local government officials are predominantly in hiding. There is a perceived threat of retaliation from individual government officials at the state level. This perceived threat is causing even further disconnect between the people and their elected officials. According to one candidate running for office, she stated; “The inability to openly conduct meetings providing for the rights of the people to participate is widening the dissolution of the public’s trust.”

Local elected and appointed officials are usurping power beyond all Constitutional restraints. When citizens challenge these government officials that are acting outside the law, transparency and accountability doors are slammed shut. Many of these same citizens we have reported on have found themselves crying for legal assistance. Many citizens are forced to defend their right to question government officials. In many jurisdictions across Montana those that question accountability are regularly attacked.

The people are seeing judges perched in an elevated seat, ignoring their Oath to the Constitution and rendering power to a system that is ignoring the people and their rights. Several judicial districts are passing judgement on crimes against the people based on trumped up charges against citizens who question authority. The question now becomes; “what happened to rights that are given by God and protected by the Constitution?” Those rights cannot be regulated or taken away by any branch of government in Montana.

The lawyers representing Commissioner Obert garnered a deal with the court to allow Commissioner Obert to continue to have full access to all the business of the county. Previous wrongdoings in Broadwater County by high level officials resulted in immediate suspension and/or removal of appointed officials. Most every citizen we talked to asked why Commissioner Obert is not on suspension awaiting the outcome of the judicial review process?

Upon being formally charged in court for felony theft and official misconduct Commissioner Obert was officially booked on the charges as provided for under law. The booking photo which is public information was denied to the local paper of record. The owner of the Broadwater Reporter was forced to file action in court in the matter against Broadwater County.

Previous actions involving the same Broadwater County Commissioner resulted in violations against the public trust and yet behind the scenes agreements provided for continued control over the county business. (See First Judicial Court Records) This includes a conviction of felony fraud against the taxpayers of Broadwater County. These actions all included decisions rendered by Broadwater County Commissioner Obert yet all elected officials were given a “Get Out Of Jail Free Card.” Average citizens across Montana are crying foul in providing an elevated legal status to elected officials over the people. Providing deference is often the call by courts on behalf of officials without further debate.

Lawyers again on both sides of the issue struck a deal behind the curtain providing for the defendant to intervene in the public records case. Claiming the right to privacy, the judge in the case granted Commissioner Obert the right to intervene in the public records case as defendant. Citing the rights of an individual exceeding the public right to know were allowed without question. Giving deference to an elected official placing them above standards dealing with felony crime is of great concern. Every elected official across Montana that is being questioned on transparency and/or accountability is watching this case very closely.

Citizens across the state of Montana are questioning why this is allowed to continue in Broadwater County and other jurisdictions. Several business owners we talked to stated that they had never heard of a deal where any citizen facing felony charges in Montana could continue in their job capacity awaiting the outcome of their trial. Everyone is innocent until proven guilty but there is always a higher threshold of integrity with elected officials that have sworn an oath to the Constitution and the people. The higher level of accountability is also present according to multiple citations of legal decisions rendered by the courts.

Broadwater County Officials Ignore The Rights Of The People

On October 19th 2020 Broadwater County officials struck again. This time without warning, or proper notice, they canceled the official meeting. It is perceived that the cancellation was based on the fear of covid-19. A direct violation of the open meeting laws of Montana and the rights of the citizens to participate is again documented.

We also found that with election day approaching in Broadwater County there is a shortage of election judges. Even though the trend is to vote by mail under the plandemic rules, judges are still needed. Broadwater County Clerk & Recorder/Election Administrator Doug Ellis provided for a class to secure additional election judges for the county but many citizens were never notified of the day and time of the class several months ago.

Seeking answers to this question we went to the courthouse to inquire about the potential for the scheduling of a class prior to election day. Upon entering the county courthouse we were met by employees of the county. There were no elected officials in sight and we were advised that the county offices were “Closed”.

Without an election headquarters open during normal business hours the ability to hold a secure election is severely challenged. Using the plandemic as justification to close the office may have been done for the concern of safety, but closing the courthouse without following a proper process violates the rights of the people according to the Constitution of Montana. There is no law in place to subvert the Constitution or Montana law regarding the proper administration of any election.

We talked to several citizens that wanted to hand deliver their ballots to the election headquarters but the office was closed. Mr. Ellis was not available for comment. Citizens were asked to had their ballot over to an employee of the county with a promise that they would be handed over to the proper official. The locked ballot box was no where to be seen.

The citizens of Broadwater County Montana are very concerned that accountability and due process are being thwarted. Elected officials that are required to protect the rights of the people are seemingly nowhere to be found. Late in the afternoon a notice was sent to advise the citizens that the commissioners will hold a meeting on Wednesday October 21st 2020. The commissioners plan to ratify their decision to lock the courthouse doors made on Monday October 19, 2020 at their meeting on Wednesday.