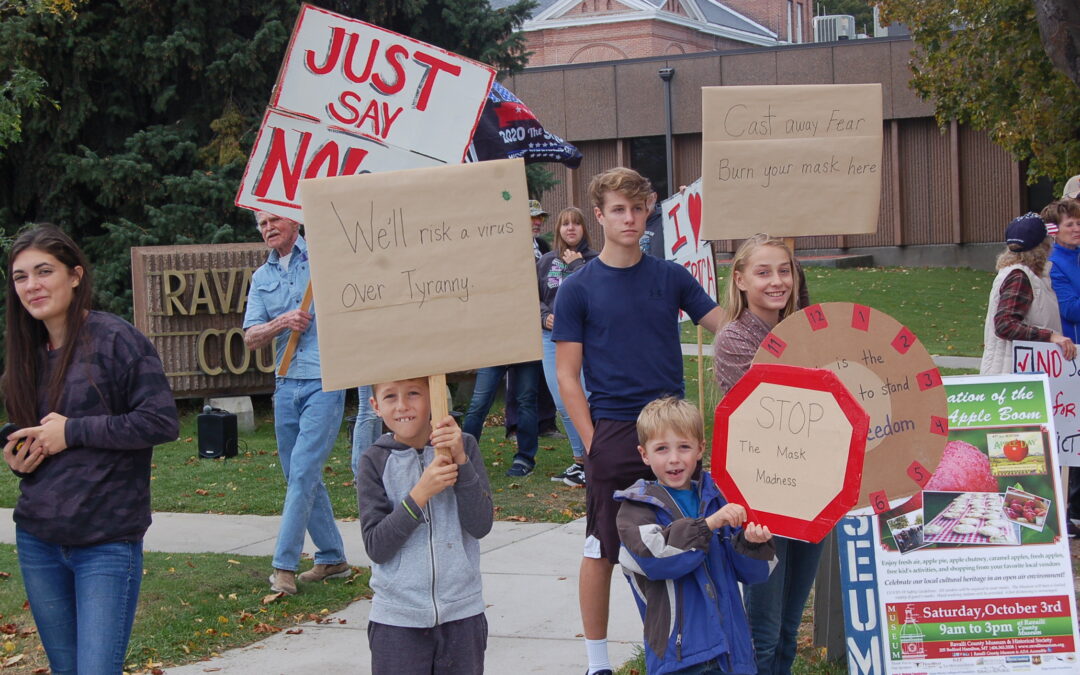 The Twenty-First Judicial District’s jurisdiction encompasses Ravalli County and is presided over by Hon. Jennifer B. Lint. This judge recently took action that brings to question the rights of the citizens. Resident Alan Lackey stood seeking accountability with multiple other residents of Ravalli County.

In preparing for a jury trial Judge Lint took executive privilege over the court and issued an order regarding the wearing of masks to enter her courtroom. Citizens called for jury duty gathered at the courthouse for selection. A conflict arose when outside the courtroom one citizen refused to wear a mask.

Resident Ann Evans stood up to the challenge based on the foundation of the Constitution and her right to choose. Because the conflict arose outside of the courtroom, Ann believed that awaiting jury selection in the public building provided her the freedom to choose not to wear a mask.

Citizens of Ravalli County joined together in front of the Ravalli County Courthouse and held a peaceful protest against the actions of Judge Lint. A ceremonial burning of masks was also held while Sheriff Stephen Holton visited with citizens participating in the event.

Judge Lint ignored the foundation of law according to Ann who spoke to a Constitutional attorney on the matter. A hearing on a charge of contempt was scheduled for 9/24/2020 but by request of Ann, it was rescheduled for October 22nd at 3:00PM. The protest today on September 24th 2020 is part of a larger trend across Montana where the citizens are calling for accountability.