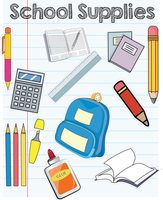 Liberal Agenda Dismisses Public Safety With the election in November quickly approaching, political posturing continues to take sides which has also reached deeply into school districts across the state. In many of the political races for the Montana Legislature the contrast between many candidates is clear for all to see. The left/right paradigm is digging in and the children in the public-school system are the real victims.

The debate continues regarding the future of children here in Montana. Not long ago the main theme was to enhance education with improved safety measures across the country. School districts wrestled with enhancing security to protect children and teachers, while also shifting focus to mental health concerns. The thought is that the ability to address security and mental health will lead to a balanced learning environment.

The push from the left to dismantle the Second Amendment and removed School Resource Officers (SROs) is front and center across the spectrum of issues facing America. The removal SROs is but a small step in the greater agenda of defunding police. Groups like Mom’s Demand Action and others are looking to repeal the Second Amendment.

These groups are being funded by political operatives like George Soros and Michael Bloomberg and the democratic party. When the word gun is mentioned in these circles the anger from the left rises to the surface. When we look at that new movement, the term “Coexist” rises to the surface with a new tone of hypocrisy.

The left wishes to live in peace but activists that are engaged in this new political ideology have thrown out the rule of law in America. In Helena, where the city moved forward to defund a portion of the police department, the liberal agenda hit home. The left is calling for increases in mental health funding and expansion of mental health while removing police presence in schools. While the right is looking at a combination of both enhancement of mental health in schools and maintaining security.

Mr. Gaub has vast experience working across multiple geographic and demographic thresholds where political control is a reality in societies around the world. When the City of Helena proposed to cut the funding to SROs, Mr. Gaub devoted a huge amount of his time opposing this action.

His opponent Kim Abbott is working behind the scenes and as an elected official extensively uses her position to influence the left agenda across Helena. Additionally, she uses her position in the Montana Human Rights Network to achieve the same ends.

Watching this political issue play out in Helena one can see the contrast between the two candidates, and with November quickly approaching the voters will need to decide who can best represent them in the state legislature. Representative Abbott claims there is serious data that shows school resource officers in schools do not increase public safety.

She believes that placing resource officers in or around schools is a failed experiment but does not name a single school where that “experiment” failed. Abbott also claims that we have a serious mental health issue in schools, and we can fix that by defunding SROs and hiring more mental health providers and therapists.

She goes on to attack anyone that disagrees with her personal agenda, despite the fact that she has no experience in the education world, and doesn’t have any children in Helena schools. Representative Abbott claims that investing in mental health by hiring and expanding social services will provide a “safe place” for children to learn.

She also claims that having armed officers in schools is a problem. Mr. Gaub stated that he believes that it is essential to maintain a strong public safety program in Helena’s public-school system.

With the push to defund police departments and place restrictions on police presence in schools Abbott would condone leaving students and staff at a risk. Mr. Gaub believes that there must be a balance between community public safety programs, mental health programs, and providing a good education environment as a result.

Mr. Gaub bases his thoughts on the fact that he’s been an SRO, that he had kids in public schools as he moved around the country in the military, and his wife’s experience as a teacher. He believes that educational goals must remain a high priority without interference from personal beliefs or agendas.

Representative Abbott should address how to protect children who are confronted with threats of violence in the Helena School system when there is no public safety program in place due to lack of funding. Therapists and teachers are not equipped or trained to deal with violence.

Candidate Gaub contends that there must be a balance between counseling and public safety. Education must not be used as a political tool to advance a personal agenda. There is a sharp contrast between the two candidates and with socialism and history playing out in Helena the voters will need to decide on their future.