Governor Bullock Uses The Court To Campaign For Senate 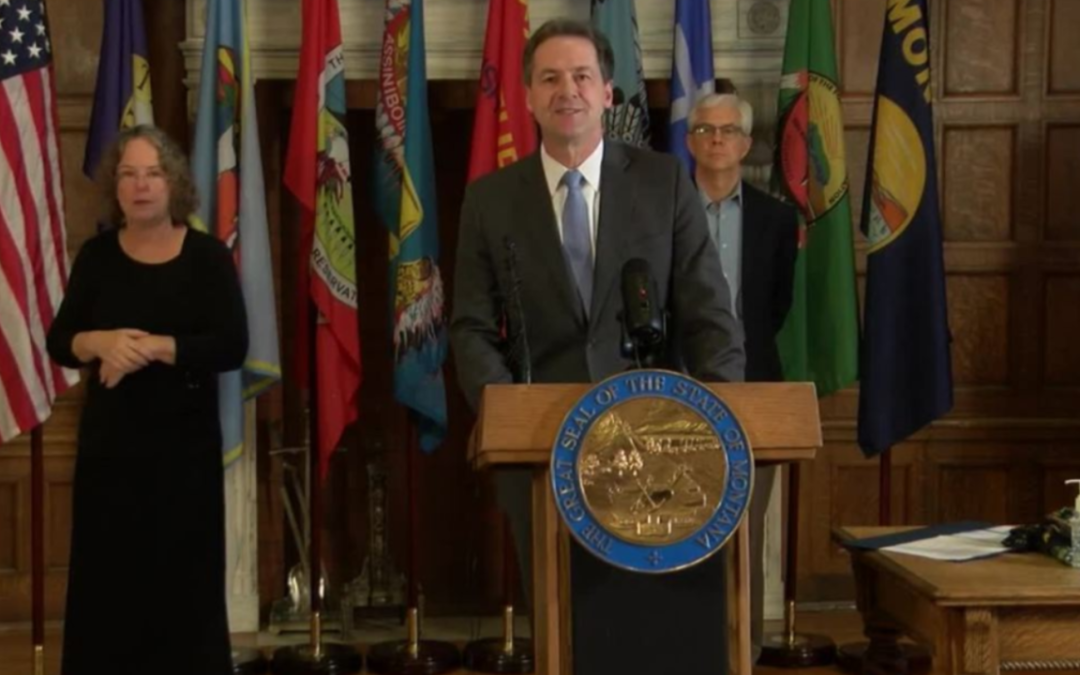 Montana Governor Steve Bullock takes another arbitrary and capricious attempt at undermining the Constitutional Founded principles of a representative form of government. Campaigning for the United States Senate seat currently held by Senator Steve Daines, Mr. Bullock is resorting to all levels of political posturing.

Because he looks at all things happening through the political lens from his office as governor, Mr. Bullock uses the power of his office to attack politically charged positions he disagrees with.

It is often found that legislating from the bench or the executive seat can and does inhibit freedom in America. Mr. Bullock disregards the balance of power by using his access to the judicial branch to further his political ideology.

It is ironic that Mr. Bullock’s lead attorney who also is looking through that same political lens continually reaches out for a constitutional foundation.

Bullock v. Pendely filed by Governor Bullock in court makes claim by his lawyer that the process is in violation of the Constitution through usurpation of power. Mr. Bullock himself is under fire for practicing legislating from his desk here in Montana. Download

What neither of these political figures see is the people of Montana and across this nation are watching and the truth continues to rise to the surface.

The case boils down to a very blatant political move by Mr. Bullock in his effort to gain political power under the democratic party.

His regular political attacks against President Trump in his quest to be elected to the United States Senate are not only egregious, arbitrary and capricious, they are direct violations of the public trust.

William Perry Pendley has a long legal history working for the people of this country. His job in the legal world give Mr. Pendley a record of protecting private property rights which is the foundation of freedom.

Mr. Pendley has stood with the citizens of this country holding bureaucracy at bay in public land management and natural resource development. His career is nationally recognized as the lead natural resource attorney in America.

Mr. Pendley was appointed to administer the management of federal lands under the jurisdiction of BLM. (This acronym is not black lives matter) This interim appointment by President Trump was based on a vacancy created by an out of control agency.

Mr. Pendley took on the job on behalf of the President and the citizens of America with force and commitment. His resolve to remain within the bounds of the Constitution are well documented in the records of BLM.

Mr. Bullock knows that Mr. Pendley is not willing to bow to mob rule. Therefore it is clear that under the directives from his socialist background and his political financial backing he has no choice but to attack Mr. Pendley and President Trump.

Political posturing is in full swing with Mr. Bullock buying and swindling his way to gain a seat in the United States Senate. This push endorsed by a socialist communist agenda is clear for anyone with a pulse here in Montana.

Mr. Bullock is under extreme pressure to get Mr. Pendley out of that management position. It is clear that Mr. Bullock is pulling out all the stops by filing this lawsuit in the American court system.

Mr. Bullock defies the bully factor many are crying about but regularly abuses his power in his acts to bolster his political power and to advance his political aspirations.

The case claims that under the direction of the Department of Interior and the Bureau of Land Management and the Bureau of Reclamation et. al. are in contradiction with Montana’s economic and environmental interests.

This is nothing more than another eco~extremist action against the beneficial use of resources in Montana. If the people of Montana will take a moment and look closely at the purpose and intent of this lawsuit one can see the truth.

“The Bureau’s actions have caused the State of Montana to divert its own resources and staff time to address and compensate for the Bureau’s decreased commitment to environmental conservation in violation of its agreements with Montana.” This claim by Mr. Bullock and his attorney turning a process into a campaign action flies in the face of the Constitutional separation of power founded in the Constitution of the United States.