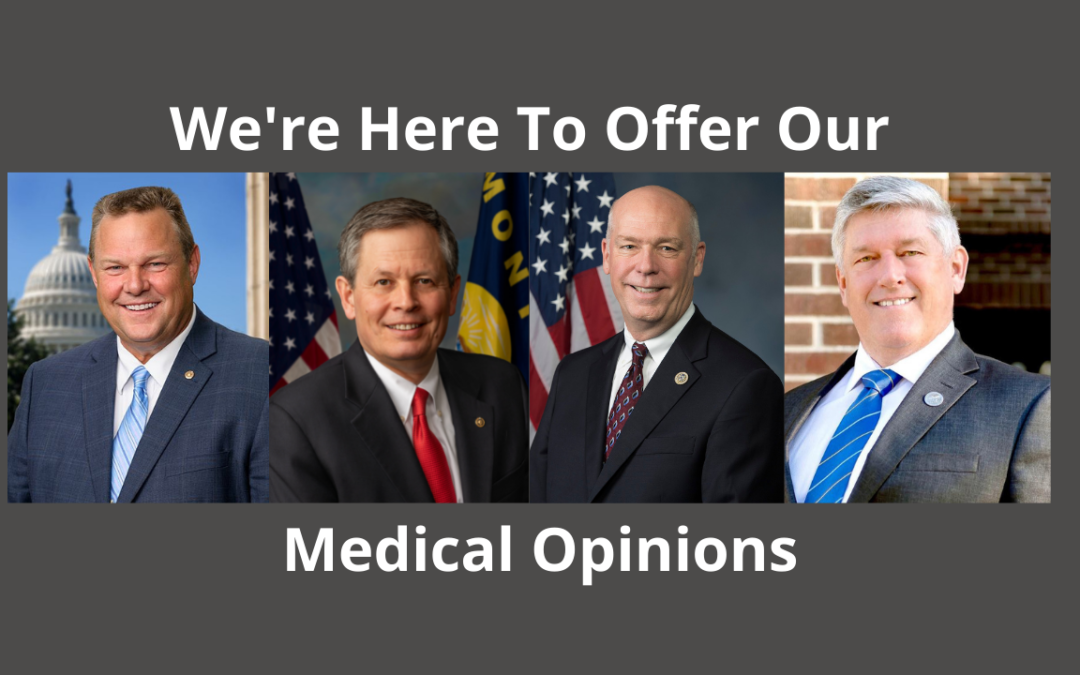 It seems that you no longer need to go to medical experts to get your medical advice. It has become clear that all we need to do is look to many of our Politicians.

He stated: “Please join me and be part of the solution by getting vaccinated. I didn’t vacciLnate for personal fear, I vaccinated to help avoid spreading this disease to others. As a military veteran, I’ve been vaccinated against virtually every modern disease and believe vaccines are safe and effective. Vaccinations are the best way to avoid shutdowns, avoid mandates, and to stop further attempts of shutting down our economy and forcing our children to wear masks in school. Please join me by getting the shot so we can finally put an end to the Covid-19 pandemic. “”

The Commissioner is Not Alone

He is far from the first. We have, repeatedly, heard much the same from Governor Greg Gianforte on his facebook page. In spite of the fact that he got his shot and then tested positive for the virus he continues to encourage whoever is listening to get their jab. Always followed by the mantra “it’s safe and effective.”

Senator Steve Daines got in early on the human trials for the jab of experimental fluids. He has been vocal with his medical “opinion” as well.

Senator Jon Tester has not only touted the shot in general but has been a force in pushing to get all the Veterans shot up with the experimental jab as soon as possible.

When the Shots Rolled Out

Back in December when the first shipment of rona shots were on their way to Montana, Governor-elect Greg Gianforte and U.S. Senators Jon Tester and Steve Daines all released statements about how wonderful it was. They have not stopped telling us about it since. Read all three statements HERE

Everyone has a right to their opinion and a right to voice that opinion. Using ones political position to push a medical “opinion” and offer medical “advice” is another story. Especially when they express those opinions as FACTS that are often based more on talking points and less on complete research.

It does not end with our higher up officials. These same tactics have been heard all over Montana from a variety of elected officials in various positions. It comes from both Republicans and Democrats.

Montana is far from alone in this. Many Politicians across the US and across the globe have made an aggressive push to convince the public to get shot up with experimental fluids. They seem almost frantic about it at times.

After hearing that you need to get jabbed and that is safe and effective again and again for months and months, we have to wonder why. The range of speculation is wide.

WE elect our politicians to do a job. We do not ask them for medical advice. The may need a strong reminder of that.