Sometimes, We the People drop the ball 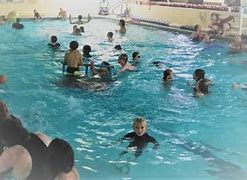 A few weeks ago, we came across a story about the Townsend pool remaining closed for the Summer 2021 season. This was a major letdown to the community and people were looking for someone to blame. I am afraid to report that after a very candid and heartfelt discussion with the Mayor of Townsend Mike Evans, we should take a look in the mirror and ask ourselves why the pool is closed.

Recruitment for lifeguards began in March. Flyers were distributed by Christina Hartman, the Townsend school K-8 Principal who is also on the City Council. There was some interest but not a lot of follow through. They had two applicants but needed at least four employees to cover all shifts comfortably and that doesn’t leave any room for sick days or time off.

I spoke with the Mayor Mike Evans last Thursday to get more info on the issue and find out if there was anything we could do to change the City’s mind. I informed him that my husband who is a Licensed Vocational Nurse with a current CPR/First Aid certification offered to volunteer as a lifeguard. Our good friend and new Legion Commander also offered a $600 donation to pay for certification for potential employees. He explained to me that it isn’t a monetary issue stating that the Townsend Lions club pays for the lifeguard certification courses for all applicants and continuing to say the city loses $20,000-30,000 a year operating the pool.

He told me a story about a time when he couldn’t find work in Montana. He drove all the way to California to work as a lineman for a few months until the dry spell was over here. We agreed that with the government paying people to stay home and do nothing, that tenacity and motivation to provide for ourselves and our families is lacking. He told me that the pool opened to avoid lake drownings which Townsend has seen before. I added that some of these kids don’t even have transportation to the lake, and it would be nice for them to have an activity that they could’ve walked a few blocks to. He went onto say that he is happy people are involved and concerned about what is happening here, what a great community we have and appreciated all the letters, emails and phone calls he received from people like me about the pool, ending the conversation with this:

I couldn’t agree more. Holding people accountable is important and if it was the City’s fault, I would have no problem writing about that. In this specific instance however, I think we can do better and we should look for a solution within ourselves. By taking the handout which can often be more than the job listing is offering instead of working, we are leading ourselves down a very dangerous path. Is it enticing? Sure. Does it line our pockets faster? Yes. But what does our City need, what does the country long for? Freedom from the hand that feeds us? Opening back up for a sense of normalcy for our kids? We have the power to do those things but we’re forgetting about all of that and taking the easy way out. I’d like to close with a quote that Tim Ravndal shared with me by Lily Tomlin. “I always wondered why somebody doesn’t do something about that, then I realized I was somebody”.